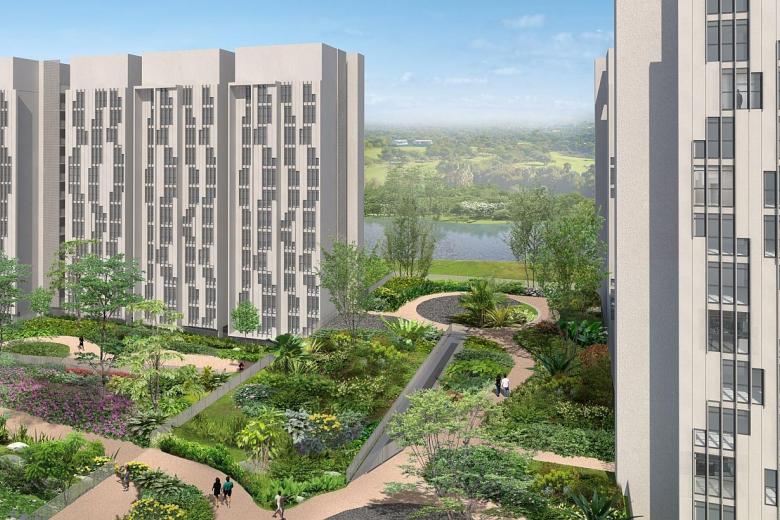 An artist's impression of the first housing precinct in Bidadari, to be launched in the second half of next year

"Intelligent" car parks, for instance, will feature in the first four seafront precincts in Punggol Northshore, which will be launched next year. These automatic monitoring systems reserve parking space for residents by adjusting the number of lots available to visitors depending on the time of day, said the Housing Board. 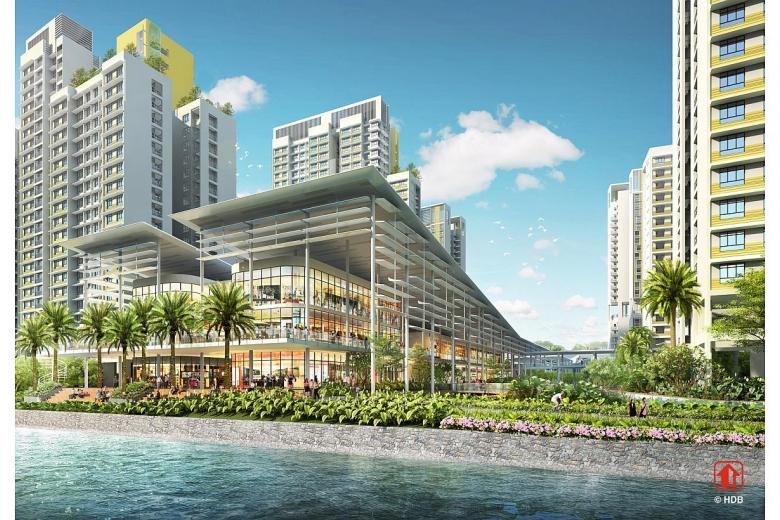 The first projects in all three areas will also have air-pressure waste conveyance systems, which reduce the manpower and number of garbage trucks needed for refuse disposal. Landscaped decks and roof gardens will also be a common feature.

Punggol Northshore residents will have convenient access to a seafront shopping centre, and those in the first Bidadari housing precinct will enjoy views of Bidadari Park and a man-made lake from their Build-To-Order flats. These projects will be launched next year, with more than 3,000 units and more than 1,000 units in Punggol Northshore and Bidadari respectively. 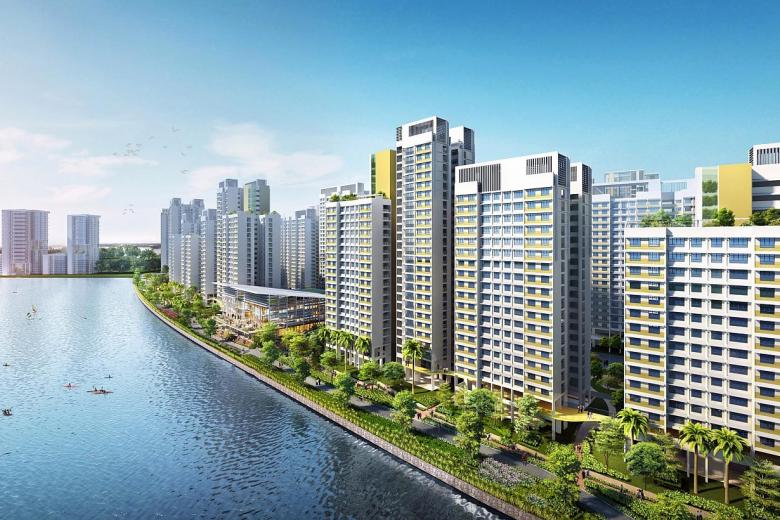 Meanwhile, those in Tampines North will have a park with pavilions shaped like piles of sand, drawing inspiration from the sand quarries that once peppered Tampines. The approximately 1,500 units will be launched in November. 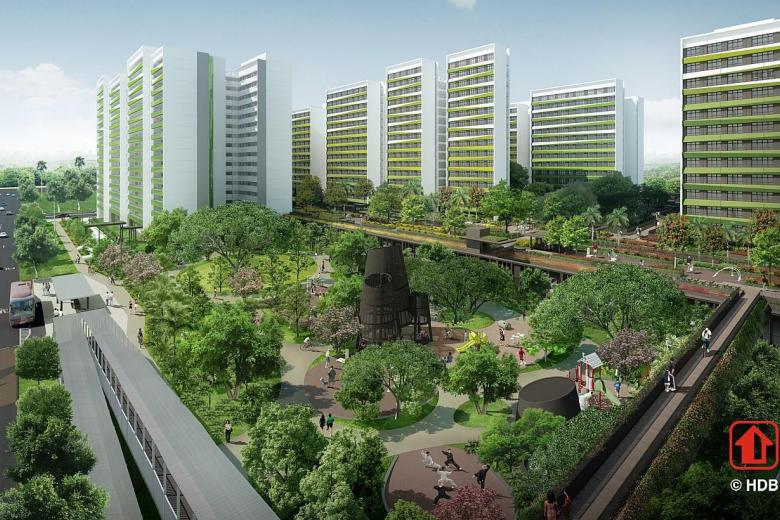 Artist's impression of the first housing precinct in Tampines North, to be launched in November.