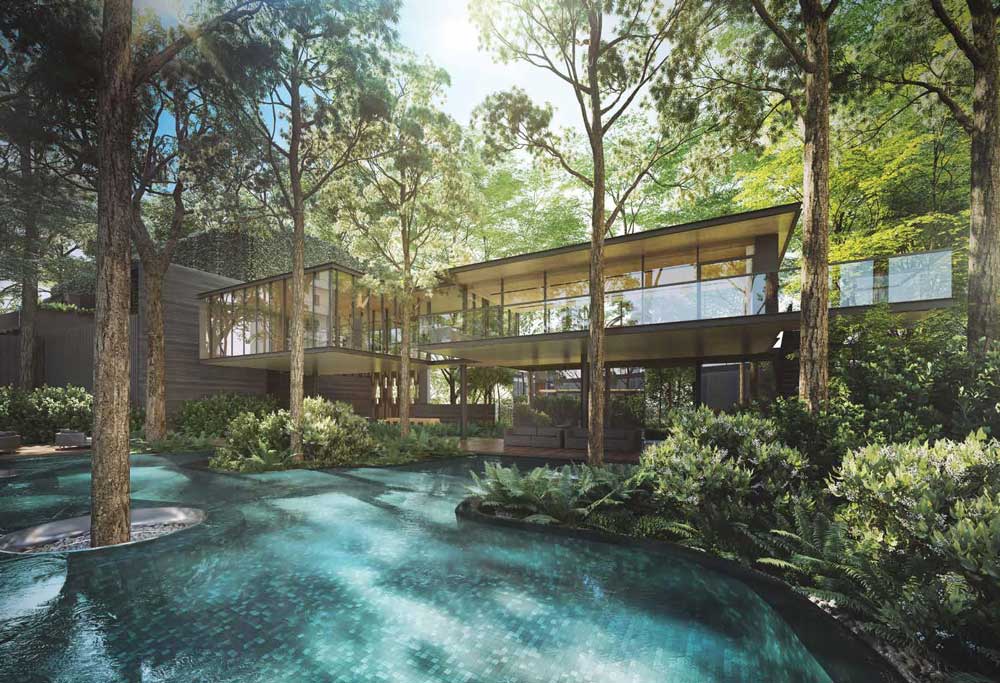 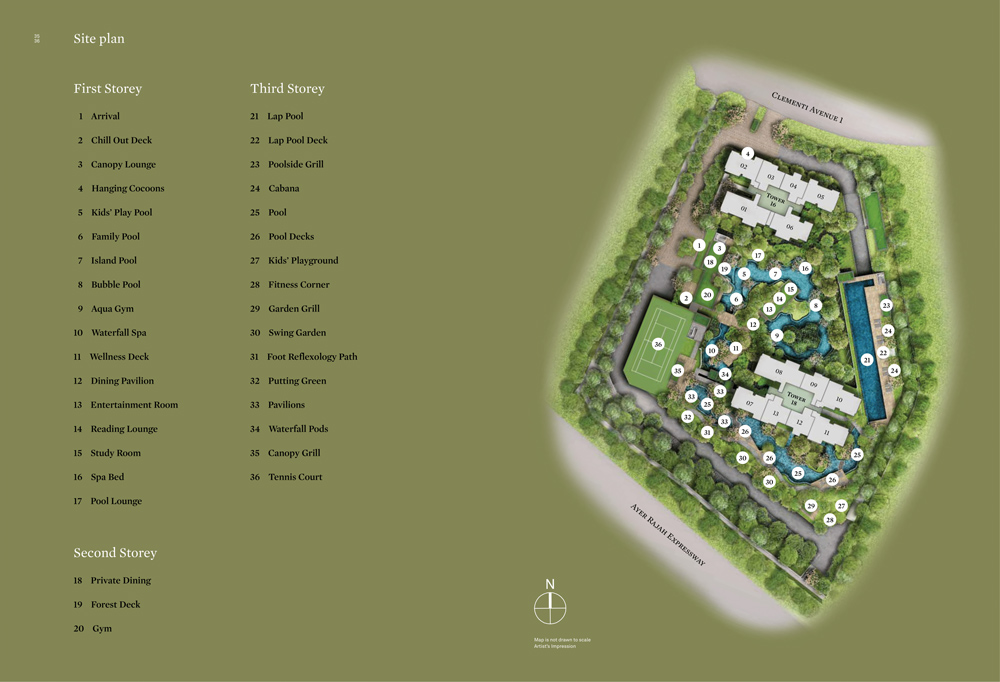 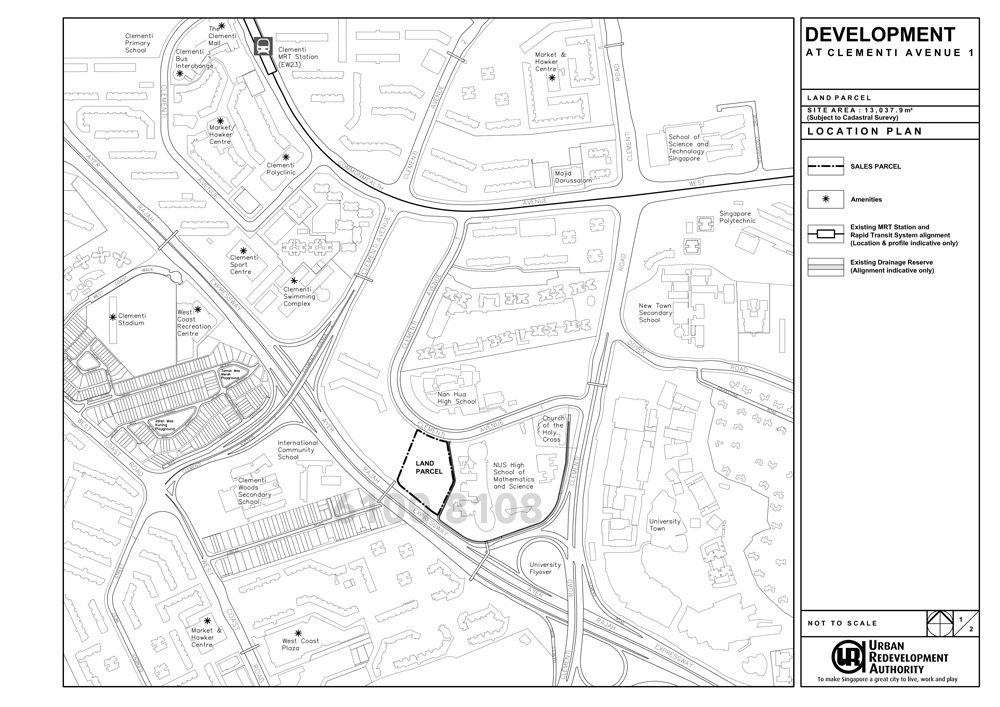 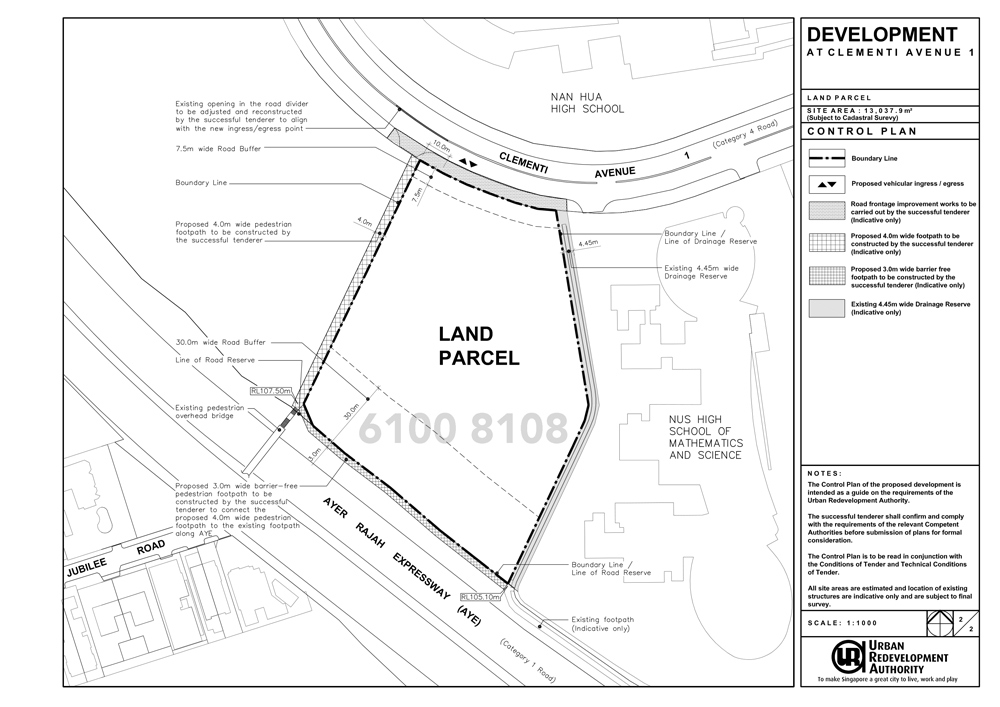 About The Clement Canopy Land Plot

The Clement Canopy Land Parcel is located in a predominantly residential area in the Clementi Planning Area, next to Ayer Rajah Expressway.

Residents will have easy access to educational institutions such as NUS High School of Mathematics and Science, Nan Hua High School, International Community School, Clementi Woods Secondary School, National University of Singapore and Singapore Polytechnic. Residents can also enjoy greenery and recreation facilities such as Clementi Woods Park and Clementi Sports Hall, which are within walking distance from the Land Parcel. Residents will also have easy access to retail and leisure amenities in the nearby Jurong Lake District, which is just one station away from Clementi MRT station.

The Land Parcel is conveniently linked to Ayer Rajah Expressway and Clementi Road, providing easy access to the city centre and the Jurong and Tuas industrial areas for residents.

There are two existing pathways along the western boundary and within the southern part of the Land Parcel as shown in the Planimetric Survey Plan. These pathways provide residents with a direct access to the pedestrian overhead bridge along Ayer Rajah Expressway (AYE) and the bus stop along the slip road in front of NUS High school.

The successful tenderer shall, at his own cost and expense, replace the existing pathway along the western boundary by constructing a 4.0 m wide permanent pedestrian footpath consisting of a 2.0 m wide paved footpath and a 2.0 m wide verge with landscaping, proper lightings and drainage system along the western boundary of the Land Parcel, as shown indicatively in the Control Plan.

The Housing and Development Board (HDB) will be constructing a 450 mm diameter sewer main and manholes below the proposed 4.0 m wide permanent pedestrian footpath, as described in Clause 3.4.2 of the Conditions and Requirements of Relevant Competent Authorities and Public Utility Licensees. The sewer work is to commence in 2017 and expected to be completed by the end of 2019. The successful tenderer is required to work closely with HDB and its agent(s) to coordinate on the timing for the construction of the footpath.

The successful tenderer shall also, at his own cost and expense, replace the existing pathway within the southern part of the Land Parcel by constructing a 3.0 m wide permanent footpath consisting of a 1.5 m wide paved footpath and 1.5 m wide verge with landscaping, railings, lightings and drainage system, along the southern boundary of the Land Parcel, as shown indicatively in the Control Plan.

There are existing level differences between the Land Parcel and the surrounding grounds as shown in the Planimetric Survey Plan. If retaining structures are proposed to protect the stability of the existing slopes / embankments and prevent soil erosion from the Land Parcel onto the proposed footpath, such structures including its footings are to be located completely within the Land Parcel. These retaining structure(s) shall be owned and maintained by the successful tenderer as part of the development property.

The successful tenderer shall, at his own cost and expense, maintain the completed pedestrian footpaths to the satisfaction of the relevant Competent Authorities until such time when the pedestrian footpaths are handed over to LTA upon the issuance of Certificate of Statutory Completion (CSC) for ownership and maintenance.

There are existing slopes / embankments along and within the boundaries of the Land Parcel, as shown indicatively in the planimetric survey plan. The successful tenderer shall comply with all requirements from the relevant Authorities, if any, if the development works affect any slopes / embankments.

Upon being granted possession of the Land Parcel, the successful tenderer shall take all necessary measures to ensure the stability of existing slopes / embankments.