Grange Road carpark to be transformed into vibrant event space

It will serve as centrepiece of Somerset area, hosting pop-up events and entertainment 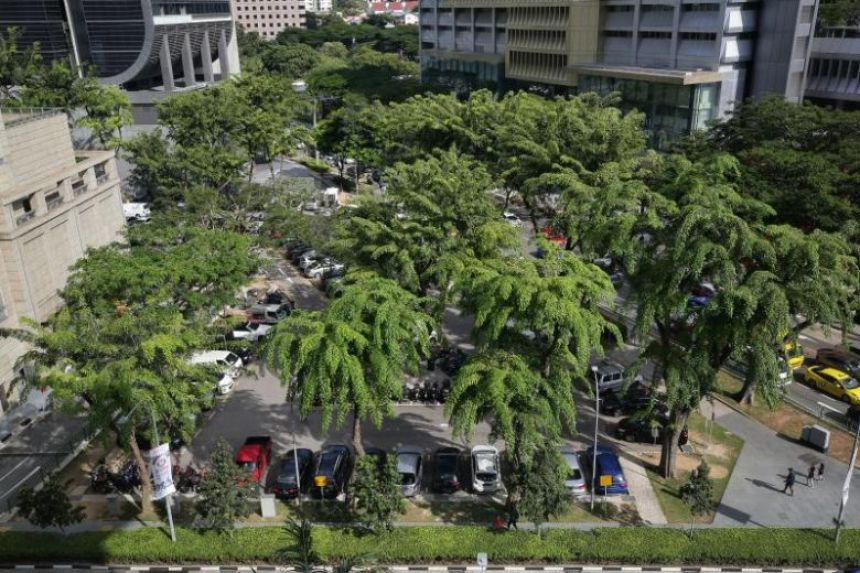 The 4,482 sq m carpark, operated by the Urban Redevelopment Authority, will cease operations on Feb 29, 2020

The open-air carpark at the junction of Grange and Somerset roads will be turned into a permanent event space for pop-up events and entertainment as part of government efforts to rejuvenate Orchard Road and encourage more activities outside of its shopping malls.

The 4,482 sq m carpark, operated by the Urban Redevelopment Authority (URA), will cease operations on Feb 29 next year. It is one of three off-site carparks in the Orchard area operated by the URA, with the other two at Angullia Park and Penang Road.

The URA, Singapore Land Authority and Singapore Tourism Board will be launching a price and quality tender later this month to appoint an operator to transform the area into a "dedicated and dynamic event space with complementary commercial offerings", the agencies said in a statement yesterday.

A centrepiece of the Somerset area, it will host activities such as flea markets, pop-up attractions and food trucks, and serve as a public space on non-event days, the authorities said.

The use of state land such as the Grange Road carpark for ad hoc events was first mooted in 2017, along with other ideas to bring the buzz back to Singapore's premier shopping belt.

The Grange Road carpark, which has 118 spaces for cars and 66 for motorcycles, has since hosted six events, including the Flashbang street market, and will be one of the venues for this year's Great Christmas Village.

The appointment of an operator will provide for more regular activities, the agencies said. The successful bidder will manage and create programming for the site from March 1 next year for a tenure of three years, with the option to extend for another two terms.

The carpark's transformation will mark one of the first major changes to Orchard area's physical landscape in the Government's long-term plan to turn the stretch into a lifestyle destination and make it more pedestrian-friendly. 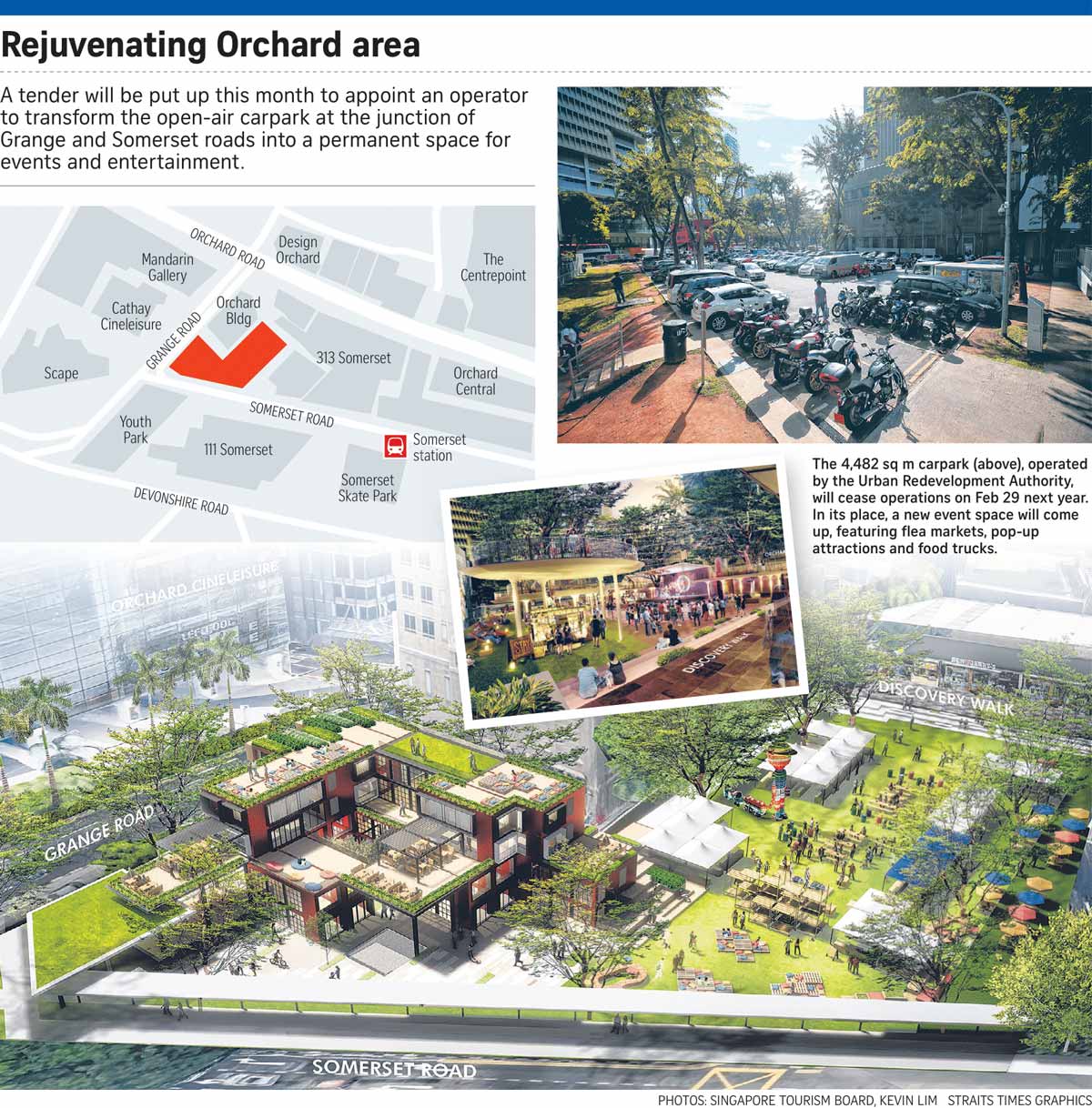 Design Orchard, a retail and incubation space for local designers, was launched in January, while the Orchard Road Business Association (Orba) kicked off a monthly night-time event called Night at Orchard in May, featuring retail, food and musical performances.

Senior Minister of State for Trade and Industry Chee Hong Tat told reporters yesterday that rejuvenating Orchard Road is a long-term project that will be carried out in phases.

There have been requests by the public for more events to be held on the street, which the new space at the Grange Road carpark will provide, he said on the sidelines of this month's Night at Orchard event outside Ngee Ann City.

While it continues to be an attractive place for retail, "Orchard Road is about more than retail", he said.

"There will be more space for businesses to organise events for the public to enjoy when they go to that part of Orchard Road. If that is successful, we will look at whether other parts of Orchard Road will benefit from a similar transformation," he said.

Mr Chee said he could not provide a timeline for this or the rejuvenation phases.

"We have a plan, but the speed of implementation depends on the response and support of various stakeholders," he said.

Orba chairman Mark Shaw said that the carpark's transformation would allow for large-scale events and more entertainment and food and beverage options.

Asked whether the increase in street activities this year has benefited businesses along the road, he said: "I can't speak for the tenants within buildings. However, I can say that at the street level, we are definitely seeing an uptick in foot traffic."

Beyond the carpark, laneways along Orchard Road and an empty plot of land behind Ngee Ann City also hold potential for further use, said Mr Shaw.

"So, there is a lot of stuff coming up. It really remains to be seen what the Government decides to do with the land and what we are able to do within development guidelines," he said.

Motorists that The Straits Times spoke to yesterday lamented the loss of the Grange Road carpark, saying that it offers more affordable parking rates than those at malls. But they also looked forward to the new offerings.

Ms Lacy Soh, a vendor at an event space in the nearby Orchard Central mall, said that she prefers parking at the open-air carpark as it offers quicker street-level access and cheaper rates.

"But depending on the time of day, it is also not that cheap here. I don't think there will be much impact. There are other options and if I come for a whole day of shopping, I will just take the MRT," she said.