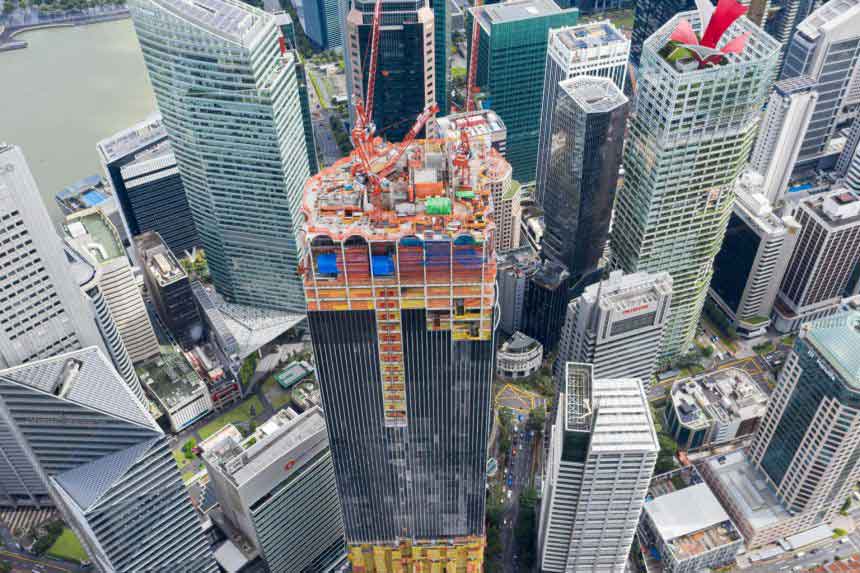 CapitaSpring will have 29 floors of office space

SINGAPORE - CapitaSpring, a 51-storey skyscraper in the Central Business District (CBD), is scheduled to be completed by the second half of this year.

Providing an update on the building's progress on Tuesday (Jan 19), its owners - CapitaLand Limited, CapitaLand Integrated Commercial Trust (CICT) and Mitsubishi Estate Co - said that 38 per cent of CapitaSpring's net lettable area of 647,000sq ft has been taken up.

Another 22 per cent is under advanced lease negotiations and more than 60 per cent occupancy is expected by completion.

A company spokesman said completion had been pushed back from the first half of 2021, with the 280-metre-tall building at 88 Market Street on track to receive its Temporary Occupation Permit in the latter half of the year.

The skyscraper will have 29 floors of office space, with tenants like JP Morgan, which signed up in 2018 as the anchor tenant. It will be occupying seven floors from levels 24 to 30.

Other tenants include CapitaLand's co-working partner, The Work Project, which will be on level 21 to operate the company's so-called "core-flex" solutions for tenants.

Under this model, tenants can opt for either in the building.

About 10 per cent of the building's net lettable area has been set aside for flexible workspaces.

Mr Tan said: "CapitaSpring represents CapitaLand's vision for the future of work with fully integrated core-flex solutions, tech-enabled frictionless user experience and community-centric programming. As Covid-19 changes the norms of work, the forward-looking features of CapitaSpring have strengthened the development's value proposition as a flexible, sustainable and connected workplace ecosystem."

He added that the company was confident the development's take-up rates will be similar to, or better than, CapitaLand's 79 Robinson Road project in the Tanjong Pagar CBD micro-market, which should reach 90 per cent committed occupancy.

There will be a food centre on CapitaSpring's second and third levels with stallholders from Market Street Food Centre returning upon completion. A pan-European garden bistro, a rooftop restaurant and social bar, as well as 12,000 sq ft of retail space, will be other features.

Occupants and visitors will also have access to a four-storey garden called Green Oasis, situated 100m above the ground, and a rooftop urban farm - Singapore's highest.

CapitaSpring will house the 299-unit Citadines serviced residences spread over eight floors and managed by The Ascott Limited. 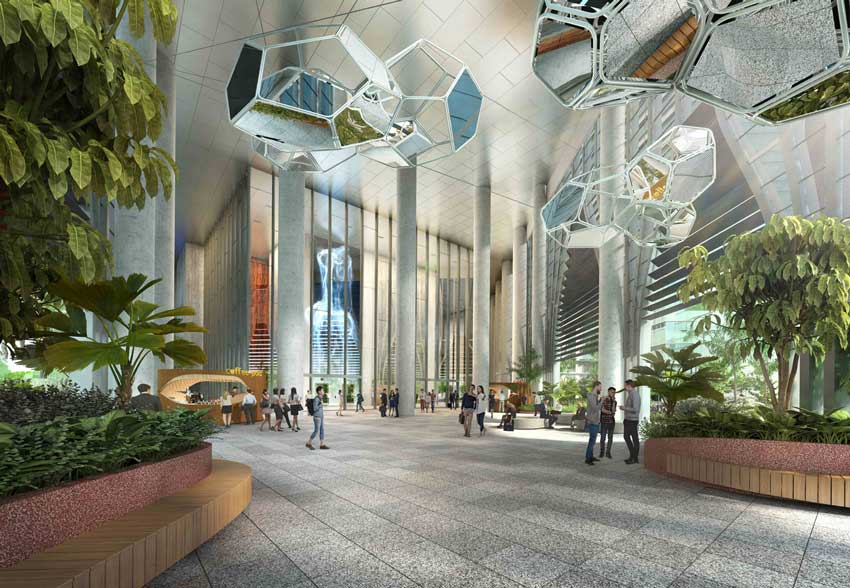 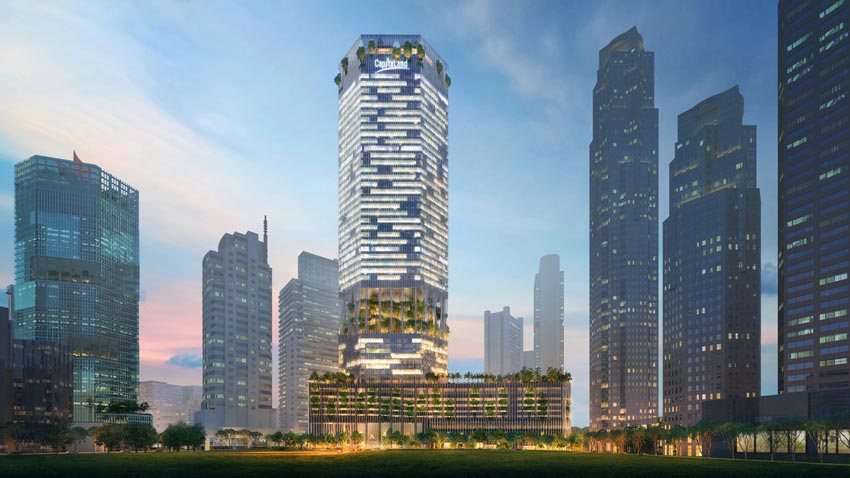 Mr Tony Tan, chief executive of the manager of CICT, said CapitaSpring will be the only premium Grade A office development in the CBD being completed this year.

He said: "Driven in part by the limited CBD office supply, CapitaSpring has attracted healthy interest from tenants and prospective tenants. To date, committed office tenants are mainly from the legal, banking and financial services sectors."

He said: "Many developments advertise their spaces around a year and a half before its completion. The period where CapitaSpring advertised their spaces probably collided with the Covid-19 pandemic. Work-from-home culture has become more prevalent among industries that provide this option for its white-collar workers.

"Companies in these industries might feel reluctant to commit to an office space and this, in turn, impacts retail companies whose sales depend on the office crowds. Thus, they might not be confident to lease a space."