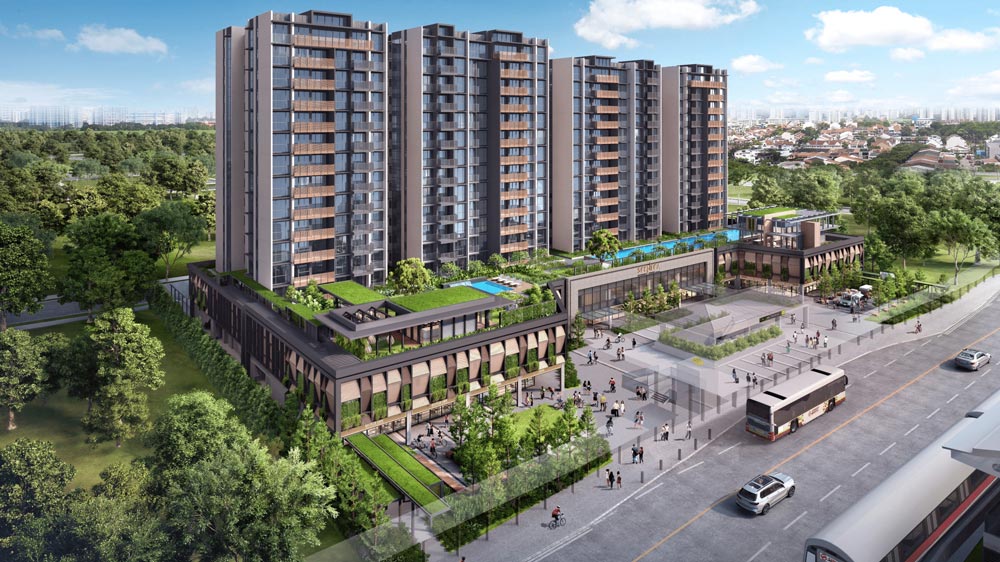 The largest unit in Sceneca Residence, a 2,756 sq ft four-bedroom penthouse said to be priced in the region of S$5 million, was also sold on launch day.
PHOTO: SCENECA RESIDENCES

THIS year’s first new residential launch Sceneca Residence met with firm demand on its first day of sales. Househunters bought up 60 per cent or 160 units of the 268-unit project in eastern Singapore, with units transacted at an average of S$2,072 per square foot (psf) on Saturday (Jan 14), said joint developers MCC Singapore, Ekovest Development and The Place Holdings.

The bulk of the 99-year-leasehold units sold – 75 per cent – consisted of one and two-bedroom units. Prices started from S$958,000 for a one-bedroom unit and from S$1.33 million for a two-bedder.

The largest unit in Sceneca Residence, a 2,756 sq ft four-bedroom penthouse, was also sold on launch day. BT understands that the penthouse was sold at between S$5 million and S$6 million. The project has three other penthouses of 2,400 sq ft each.

All 48 one-bedroom units, ranging from 463 sq ft to 538 sq ft in size, were sold on Saturday. Huttons chief executive officer Mark Yip noted that the two-bedroom units, from 678 sq ft to 883 sq ft, sold out as well “as the quantum is at an attractive entry point for HDB upgraders”.

Some 88.5 per cent of the project’s buyers were Singaporeans, and 11.5 per cent permanent residents and foreigners.

“The project is likely the first major private residential launch (excluding executive condominiums) after the implementation of the latest round of cooling measures on Sep 30, 2022, and we do observe that homebuyers are more conscientious and deliberate in their buying decisions,” said Tan Zhiyong, chief executive officer, MCC Singapore in a statement released on Sunday.

Marcus Chu, chief executive officer, ERA Realty Network, pointed to the Tanah Merah project’s direct access to an MRT station and an integrated retail mall as factors in its favour.

In addition, its location near places of employment such as the Changi Business Park, the air logistics area and Changi Airport “would increase the rental demand for the residential units in this project”, said Chu.

The sales performance of Sceneca Residence was within expectations, according to Wong Siew Ying, head of research and content, PropNex Realty. She noted that the result was also commendable with the launch so close to Chinese New Year, when market activity tends to be slower.

Wong anticipates healthy interest in upcoming launches as well. More than 10,000 new units could be launched this year, with some five to six projects slated to be marketed in the first quarter.

“Most of the existing OCR launches on the market have sold a majority of their units, leaving fewer suitable options for buyers. We expect market activity could pick up after the Chinese New Year festivities,” she added.