THE Strata Titles Board (STB) has conducted three mediation sessions over the collective sale of Chuan Park condominium, with the matter remaining unresolved.

The development’s sale had gone to the STB as 10 minority owners had objected to it.

According to a letter sent on Saturday (Nov 26) to update the development’s owners on the sale progress and seen by The Business Times, three dissenting owners have since withdrawn their objections.

Signed by law firm Lawhub, the letter said that after hearing all parties to the mediation – its third and final one – on Nov 25, the STB has indicated its intention to issue a stop order.

The stop order – which puts an end to mediation – will be issued at a hearing on Dec 9 if there are any remaining objections seven days from Nov 25.

The majority owners will then have to apply to the High Court within 14 days for approval of the collective sale.

According to STB’s website, those who had objected to the sale may also apply to the High Court, using only the same grounds of objections.

If, however, all objections are withdrawn within seven days from Nov 25, the STB will proceed to hear the majority owners’ application for an order of sale on Dec 9.

The 99-year leasehold condo was sold for S$890 million on Jul 5 to buyers related to developers Kingsford Group and MCC Singapore.

In September, BT reported that dissenting owners had filed their objections to the STB, alleging that Chuan Park’s Collective Sale Committee and marketing agent ERA Realty failed to disclose material facts relating to a higher development baseline for the condominium – which translates into a “deep discount” for the buyers – among other issues. 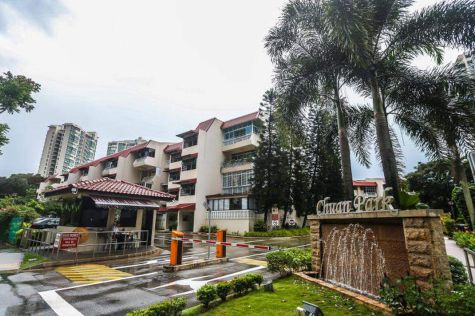