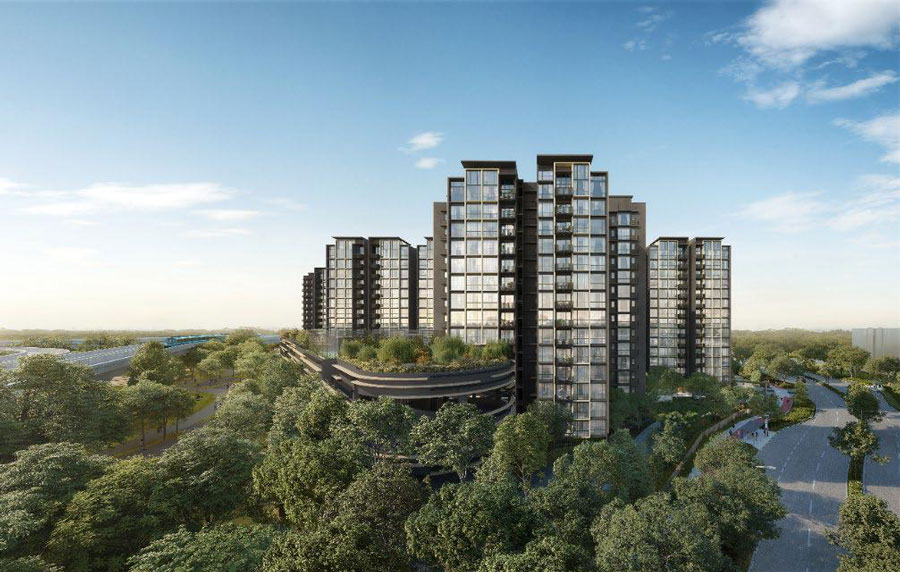 SOME 73 per cent of apartment units at Copen Grand, the first executive condominium (EC) at the upcoming Tengah Town, were sold on the first day of its launch, its developers said on Sunday (Oct 23).

Eligible buyers on Saturday bought 465 units at the development, which had an average launch price of S$1,300 per square foot (psf), with an additional 3 per cent applied to units sold under the deferred payment scheme, according to a joint statement by City Developments Limited (CDL) and MCL Land.

Under the deferred payment scheme, buyers make instalment payments only after getting their Temporary Occupation Permit (TOP).

The developers said that all unit types were “well-received” by homebuyers, with all the 4-bedroom deluxe units now fully sold.

The 639-unit EC in Tengah Garden Walk comprises 12 blocks of 14-storey residential towers. Prices start at S$1.08 million for a two-bedroom plus study, while a five-bedroom premium costs at least S$1.88 million.

The development is within walking distance of three MRT stations on the upcoming Jurong Region Line (JRL) – Tengah, Hong Kah and Tengah Plantation – as well as a bus interchange, said the developers. The first phase of JRL’s opening is set for 2027, according to the Land Transport Authority.

The developers noted that only 30 per cent of the project can be allocated to second-time buyers at launch, under EC regulations, and this quota has been reached. Prospective second-time buyers can make their bookings for the remaining units one month later.

See here for more updates on :