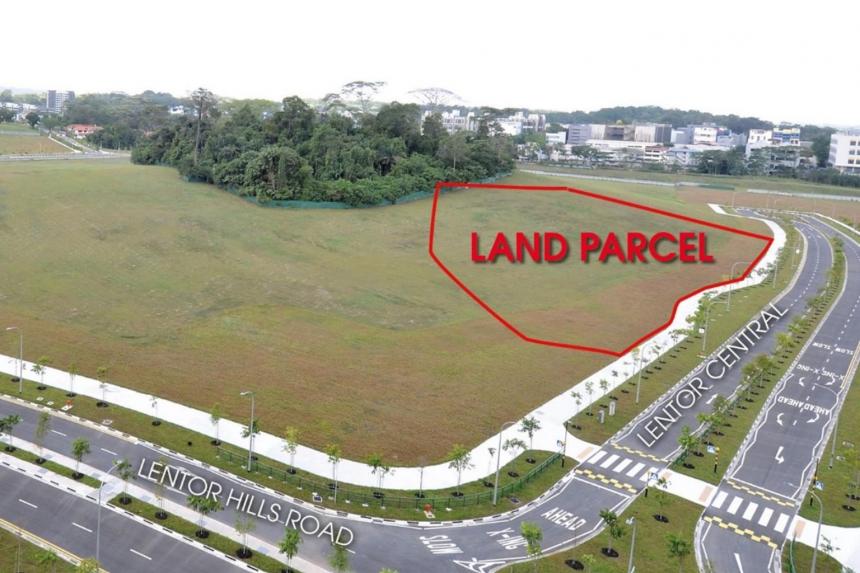 At the tender close on Tuesday, the Lentor Central site had drawn three bids

Despite the need to replenish their landbanks, some developers may be concerned that the Lentor Modern and Lentor Hills Road (Parcel A) sites, which were sold in earlier tenders in July 2021 and January 2022 respectively, have first-mover advantage.

Together with Lentor Central and Lentor Hills Road (Parcel B), whose tenders closed Tuesday, these four can generate an estimated 1,935 private homes, which is a significant supply in just one location, JLL noted.

At the tender close on Tuesday, the Lentor Central site had drawn three bids, while Lentor Hills Road (Parcel B) drew just two.

"Compared to the Lentor Modern site, which was sold at $1,204 psf ppr (per sq ft per plot ratio) in July 2021, prices of the Lentor Central and Lentor Hills sites represent a 8 per cent and 6.1 per cent discount respectively," said Colliers Singapore head of research Catherine He.

She cited Lentor Modern's proximity to the Lentor MRT station and amenities.

A consortium between China Communications Construction Company, Soilbuild Group and United Engineers submitted the top bid of $481 million, or $ 1,108 psf ppr, for Lentor Central, according to CBRE.

The Lentor Hills Road (Parcel B) attracted a top bid of $276.36 million, or $1,130 psf ppr from TID Residential, a joint venture between Hong Leong Holdings and Mitsui Fudosan, CBRE said.

Some analysts believe that developers' interest for future sites in Lentor may be ignited if Lentor Modern achieves good sales this month.

Meanwhile, four bids were submitted for the EC site at Bukit Batok West Avenue 5, with the top bid from an entity of City Developments at $336.07 million, or $626 psf ppr.

City Developments group chief executive Sherman Kwek said: "Given the site's proximity to the upcoming Tengah New Town and Jurong Lake District, it will benefit from easy access to a wide range of amenities as well as good connectivity to a key business, lifestyle and tourism hub."

However, JLL senior director for research and consultancy Ong Teck Hui said the number of bidders and the top bid for the Bukit Batok West Avenue 5 site "were below expectations".

In comparison, he pointed to keen contest among nine bidders for an adjacent Bukit Batok West Avenue 8 site and a robust top bid of $662 psf ppr in March this year.

"This shows sentiment has somewhat softened in the EC market," he said.

ERA Realty head of research and consultancy Nicholas Mak noted that three more EC projects could be launched in the next 18 months.

"Tuesday's tender results of only four bids show that developers are cautious as the prices of new EC projects are near the top-end of the price envelope. If developers were to launch a new EC project at above $1,300 psf, it will likely face buyers' resistance."

OrangeTee & Tie senior vice-president of research and analytics Christine Sun attributed the lukewarm bids to a number of ECs launching in the vicinity, including Copen Grand, the adjacent plot at Bukit Batok West Avenue 8 and the Tengah Plantation Loop site.

"Moreover, rising interest rates and higher construction costs may have deterred some developers especially since margins are not huge for EC developments," she added.