LAUNCHING FOR DEVELOPER SALES IN AUG 2022

Its location is easily accessible via major roads such as Upper Bukit Timah Road, and is in close proximity to Hillview MRT station, which is part of the Downtown Line Mass Rapid Transit (MRT) system.

Commercial centres such as the existing HillV2 and The Rail Mall at Upper Bukit Timah Road are also located near the Land Parcel.
Land plot to be launched for developer sale in Aug 2022
Land sale to be confirmed in Q4 2022
Project to be launched for public sales in Q1 2024

If you'd like to be the first to be updated when the land plot is launched, register with us today!

The list includes the land plot at Hill View Rise. 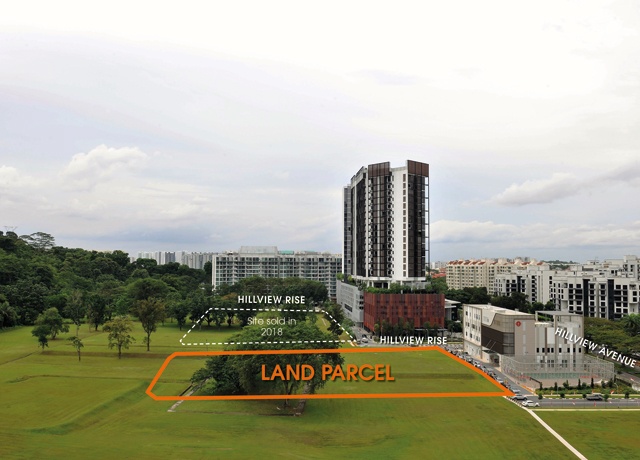 Proximity to Schools and Amenities

Schools such as CHIJ School (Bukit Timah) and Assumption English School are located nearby. Shopping malls such as The Rail Mall and HillV2 provide a wide array of shopping, dining and entertainment options nearby. The land parcel is also near to Hillview Community Club and Bukit Batok Nature Park. 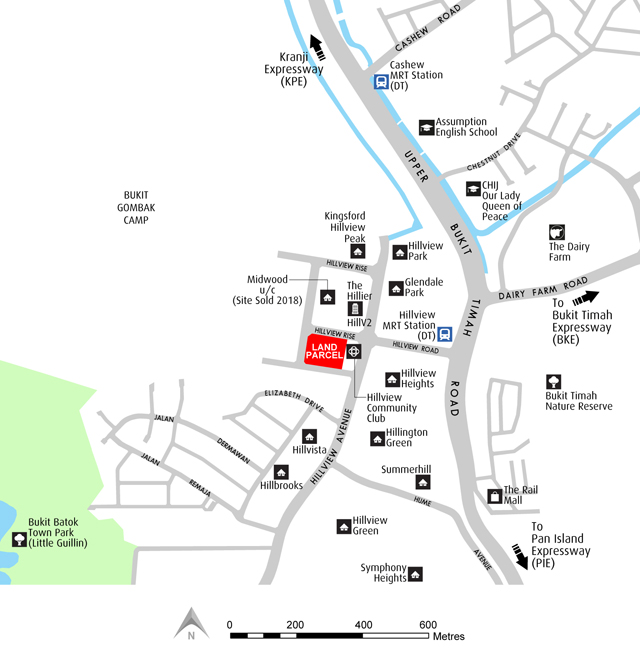 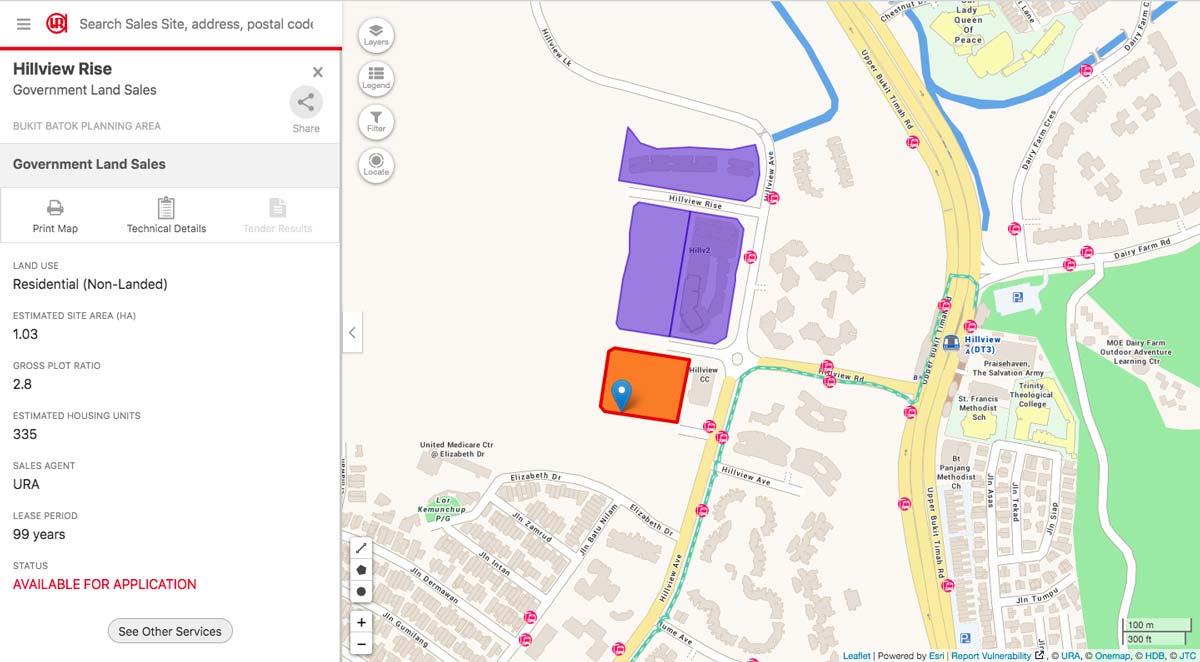 The Land Parcel is located within an established residential area. To achieve the planning intention of increasing the residential population in the area, this Land Parcel shall be developed for pure residential development only i.e. condominium or flats.

The proposed development on the Land Parcel is subject to the following visual control requirements:

The screening measures shall consist of permanent fixtures which are impossible or difficult to remove.

The successful tenderer shall liaise with the Defence Science and Technology Agency (DSTA), and obtain clearance from MINDEF through DSTA on the relevant visual screening measures at the detailed building design stage.

Direct vehicular access from Hillview Rise is not allowed.

The successful tenderer shall ensure that access to service areas (e.g. bin centre, electrical substation, loading / unloading areas) shall be taken from within the development. Service access taken directly from the public roads will not be allowed.

The exact location, number and detailed proposal for the access point(s) and the traffic layout arrangement are subject to the requirements and approval of the Land Transport Authority (LTA) and other relevant Competent Authorities.

For information of tenderers, the successful tenderer is required to adopt the minimum level of use of Prefabricated Prefinished Volumetric Construction (PPVC) as stipulated under the Building Control (Buildability and Productivity) Regulations for the development on the Land Parcel for Residential use as set out in Condition 10.2.1 of the “Conditions and Requirements of Relevant Competent Authorities & Public Utility Licensees”.

For the purpose of adopting the PPVC method of construction, the successful tenderer is required to set aside some space within the Land Parcel for storage and/or holding area for PPVC modules. No additional space/ land outside the Land Parcel will be granted on TOL basis for this purpose.