Looking back on 25 years of collective sales in Singapore

Looking back on 25 years of collective sales in Singapore

A review of strata-titled redevelopment and how processes might change to better serve buyers and sellers alike. 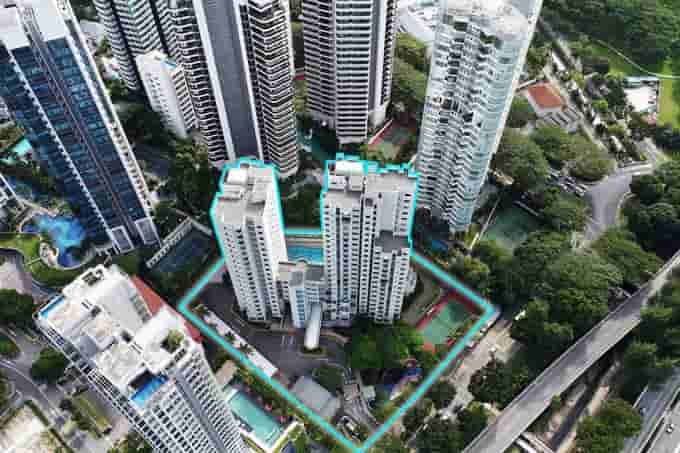 Dunearn Gardens, a rare freehold high-rise residential redevelopment site off Newton Road which was launched for collective sale in 2018 during the last en bloc craze, when many homeowners jumped on the bandwagon and developers actively leveraged on the potential of many existing developments

COLLECTIVE sales, or what is more commonly known as en bloc sales, refers to the purchase of all units within a development by a single buyer or a consortium/joint venture.

This occurs upon the collective agreement of owners to sell their units, in order to acquire a land parcel that is privately held by multiple owners.

The land would then be redeveloped into a new real estate project.

The collective sales arena is not new to the real estate market in Singapore, and dates all the way back to 1994 when the first such transaction was completed with the sale of Cosy Mansion.

Facilitated by Knight Frank, this inaugural sale ignited the chain of collective sales that followed thereafter.

In the early days of the 1990s, 100 per cent consensus was needed in order for developments to be launched for a collective sale.

However, from 1999, under the Land Titles (Strata) Act (LTSA), a collective sale could only be launched if at least 80 per cent of the development's owners (by share value) agreed to sell their units in developments 10 years and older.

For developments less than 10 years old, at least 90 per cent consensus (by share value) would be required before the site can be launched for sale.

In 2007, these minimum requirements of 80 per cent and 90 per cent were further revised to include strata area in addition to share value.

Since these early days, Singapore has experienced several collective sale waves over the last 25 years, especially for residential development. Demand for development land, changes in plot ratios, and bouts of economic prosperity and growth would combine to trigger seasons of fevered en bloc sales. After running its course, each wave would quieten down once the frenzy passed.

However, this momentum was hamstrung by the implementation of further government measures in July 2018.

These measures impeded the demand for private residential units, casting a shadow over developers as they struggled to find ways to position their development units to garner interest from prospective purchasers as well as cope with the pressure stemming from the additional non-remittable 5 per cent ABSD paid upfront upon the purchase of a residential property.

With the many steps and requirements in a potential collective sale, as well as the time needed, is there a sweet spot where it would be possible for a collective sale to be successful in today's market?

After all, in the current climate, many have been caught in the squall of the pandemic-led economic downturn, and developers and homeowners face many uncertainties that could waylay the possibility of any collective sale.

Despite the Singapore economy being mired in the effects of the pandemic, the private residential market has shown resilient sales volume and pricing. Therefore, in the wake of Covid-19, it is just possible for collective sales to be successful.

Smaller quantum collective sales consisting of a project potential of about 200 units, priced within S$200 million, could yet find willing buyers. Should existing homeowners and developers find a reasonable middle ground, both parties could benefit - against conventional thinking - in the prevailing uncertain economic conditions.

THE NEXT EN BLOC SEASON

The Covid-19 outbreak and the disruptions to human and business activity in Singapore has led to a dearth of land sales in 2020. Most of the Government Land Sales (GLS) sites sold this year were awarded in the first three months of the year, and generally at prices that did not take into account the economic recession that would ensue due to the pandemic.

With developers taking a cautious stance on procuring development plots due to the uncertainty caused by the pandemic, it will be a while before acquiring land regains some measure of momentum.

As at the end of Q2 2020, there were 53,055 private residential homes under various phases of development, where 21,113 units have already been sold. Therefore, a total of some 31,942 new private homes in the pipeline were as yet unsold.

Given that primary market sales volume was not too badly affected by the "circuit breaker", and buying volume soon recovered to pre-circuit breaker levels as pent-up demand characterised the period (July 2020 onwards) after restrictions were eased, the supply of new homes will eventually run down significantly sometime from 2022 onwards.

Developers will once again be in the market for development land, assuming that by then the novel coronavirus has retreated and the economy has begun to show signs of recovery.

In addition to GLS sites where residential land is generally sold on 99-year leasehold tenure, developers will also look to the collective sales market for privately-held land, where freehold and 999-year leasehold sites can be found.

In this fashion, the collective sale mechanism works in symbiotic tandem with the GLS process, as it allows for the constant renewal of precious land with aged developments.

With much of Singapore's land resource being leasehold, the collective sales process also offers homeowners an exit option as the lease runs down on their assets.

The role that the collective sale mechanism plays in recycling land in Singapore for new developments provides options beyond the GLS Programme, where free enterprise is fostered to create mutual benefit for owners, developers, buyers, and sellers.

However, the government could also enhance some of the existing processes surrounding collective sales to improve clarity, as well as to finetune the balance of expectations from developers.

For instance, let's look at a Pre-Application Feasibility Study (PAFS) that might need to be submitted to the Land Transport Authority (LTA) for collective sale proposals.

In Outline Applications and Development Applications, following the collective sales of residential properties typically result in a significant increase in the number of dwelling units (DUs) being proposed over existing ones. This may strain existing road networks and lead to congestion and disamenities for residents in the area.

To address these issues early, real estate agencies (acting on behalf of collective sale owners) consult LTA and may conduct a PAFS, if so required by LTA. Should LTA deem that a PAFS is required for the subject property, a traffic consultant would be engaged to assess the transport impact and recommend a development proposal with an estimation on the supportable number of dwelling units for the potential new development.

A PAFS is currently only applicable to collective sale sites, and does not apply to single-owner land parcels. Moreover, the criteria for when a PAFS is required is unclear. There have been instances where different developments in the same area yielded different verdicts from LTA.

Perhaps the criteria for when a PAFS is required should be determined by the proposed number of DUs in the new development and/or the category of the roads in the vicinity which lead to the development. Perhaps the LTA can be clearer as to when PAFS is required and when it is not. Additionally, the process of conducting a PAFS is often long-drawn, sometimes spanning over 15 months. To coincide a PAFS approval and a collective sale, which is subject to strict legal timelines, can be a real challenge.

It would probably be more efficient and practical if an in-principle approval can be granted after broad guidelines and concerns are covered, leaving smaller details to be settled at a later stage.

REMISSION OF ABSD FOR DEVELOPERS

This creates a widely disparate imbalance in what is expected of developers who are developing land parcels of differing sizes, allowable built-up areas and total number of units.

The time needed to sell five units is grossly different from the reasonable time it would take to sell projects of 100 units, and then again with those of 200, 500, and more than 1,000 units.

Moreover, there will be times of brisk sales in years of economic prosperity and there will be periods of lacklustre sales when the economy is not doing well - not to mention black-swan events such as the ongoing Covid-19 pandemic.

Perhaps a graduated schedule of time limits in years could be prescribed based on the total number of units. For example, projects of up to 600 units could be given up to five years to build and sell all units. And for every additional 200 units, an extension of another year could be added, subject to a cap of ten years.

Thus, the time limit for disposal is weighed against a quantifiable and measurable physical scale for a more balanced treatment.

Would this not then be a fairer and more reasonably calibrated treatment in the application of ABSD, instead of wielding it as a blunt one-size-fits-all instrument for projects that comprise a mere five units to those that have more than 1,000, or even more than 2,000 units?

Reference: Business Times, Looking back on 25 years of collective sales in Singapore