The Land Transport Authority (LTA) will study the feasibility of constructing a new rail line to serve the developing north and northeastern regions of Singapore.

The new line would supplement the transport network in those areas to serve new and growing developments as well as existing towns which currently do not have direct access to the rail network, LTA said in its Land Transport Master Plan 2040 (LTMP 2040) which was released on Saturday (May 25).

The proposed line could cover areas such as Woodlands, Sembawang, Sengkang and Serangoon North, as well as Whampoa, Kallang and the Greater Southern Waterfront, LTA added. 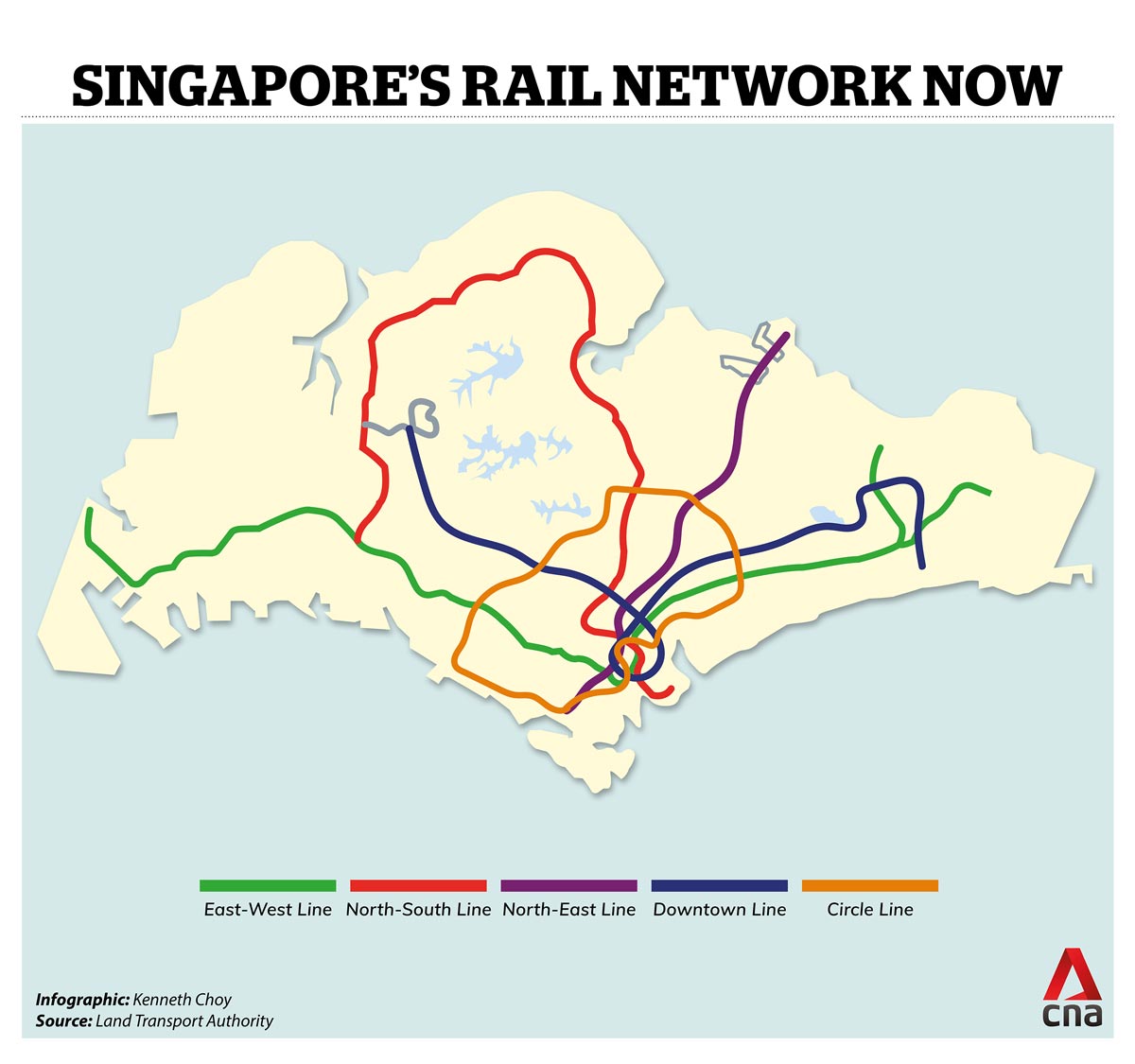 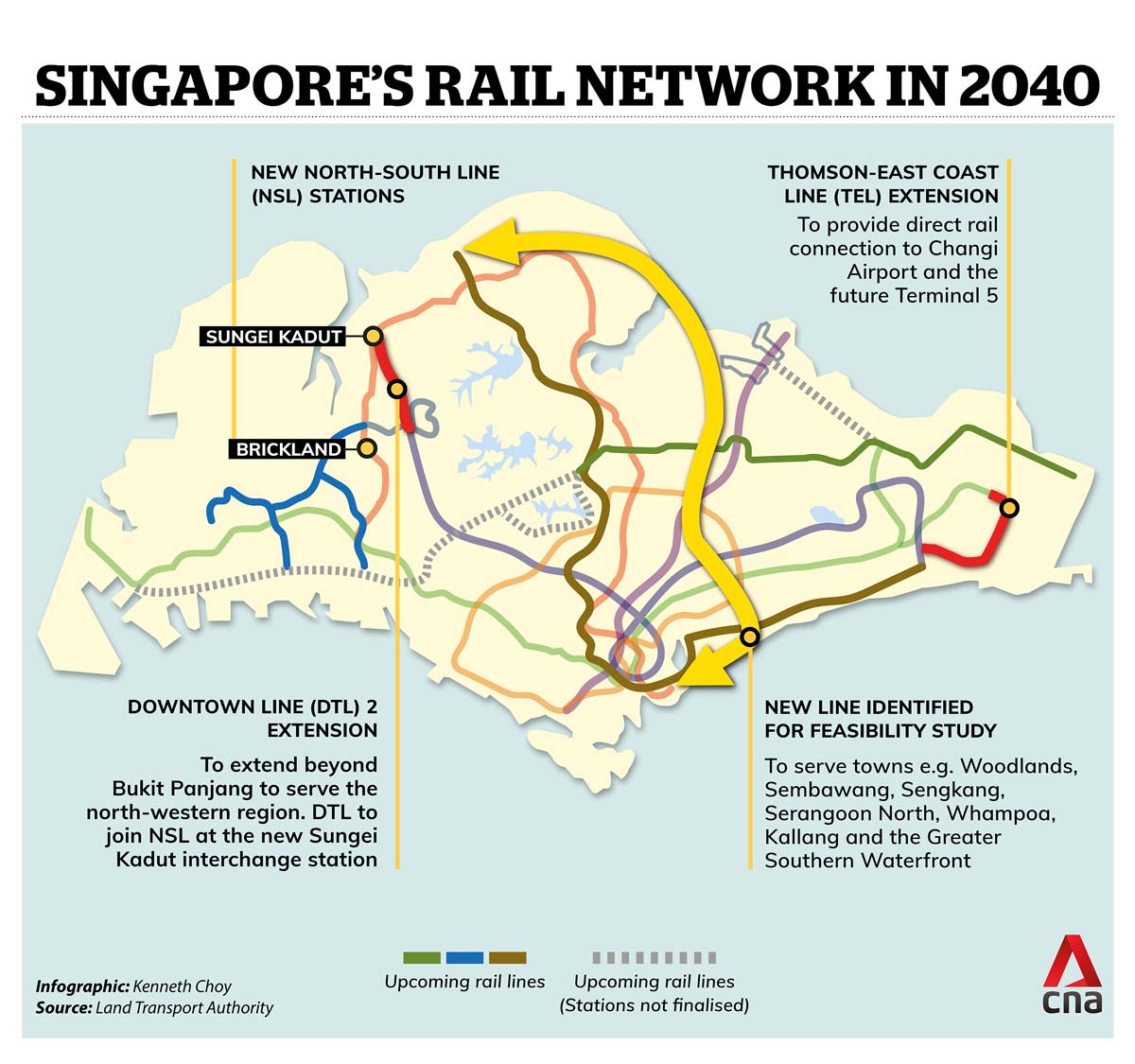 As part of the feasibility study, LTA will assess issues such as demand, station locations and how long developing the new line would take. It will also take into account existing and future land use developments along the corridor.

“When completed in phases, the line could serve more than 400,000 households, with commuters in the northern region of Singapore enjoying time savings of up to 40 minutes to the city centre,” said LTA.

It also said that the new line could relieve increasing travel demand along the northeast corridor and strengthen the overall resilience of the MRT network.

“This would help to make rail a faster, more convenient and reliable transport option for more Singaporeans,” added LTA.

The feasibility study will begin shortly and take up to two years to complete. 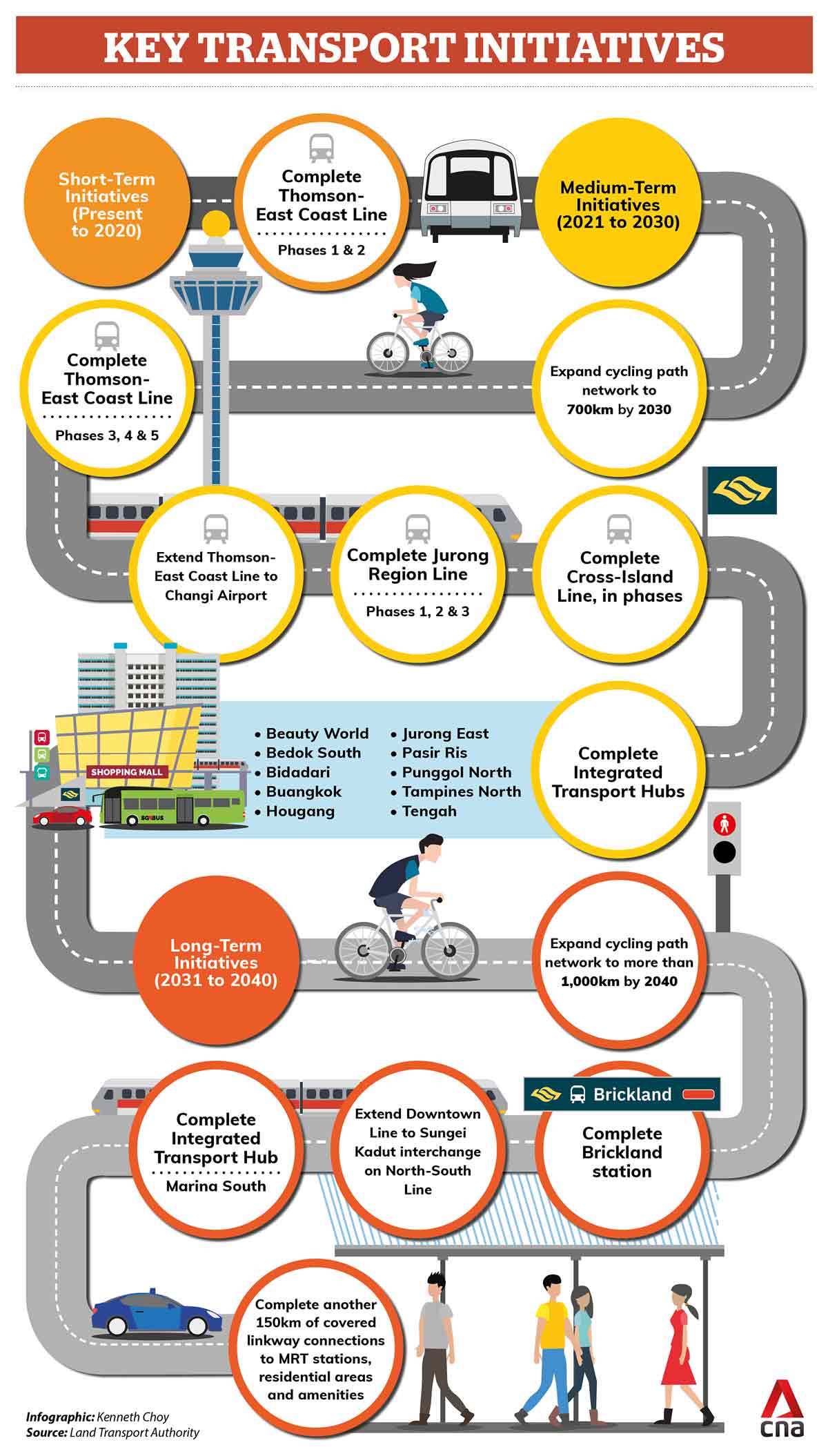 One of the goals of LTMP 2040 is to ensure a "45-minute city with 20-minute towns". This means that commuters need only a 45-minute journey to get to work and 20 minutes to reach amenities within residential towns.

LTA said that the key to achieving that goal is creating more regional employment centres, instead of having workplaces situated mainly in and around the city centre.

The LTMP 2040 report noted that such new employment centres will also be supported by other transport initiatives “to ensure seamless connectivity and easy accessibility to them”.

This includes having more “Transit Priority Corridors” (TPCs) which are dedicated bus lanes and cycling paths for travel in and across towns, with the first example already implemented on Bencoolen Street.

The authority noted that the regional employment centres will be served by new TPCs in possible areas such as Robinson Road, Loyang, Tengah, Jurong Lake District and Woodlands North Coast.

At the same time, rail enhancements like train line extensions will also connect to such new workplaces.

LTA also said that having more Walk-Cycle-Ride transport facilities is another method to achieving its "45-minute city with 20-minute towns" goal, thus getting to these new employment centres will become easier over time.