New P1 registration rules from 2022: More places to be set aside under Phase 2C to ensure more kids attend school near home 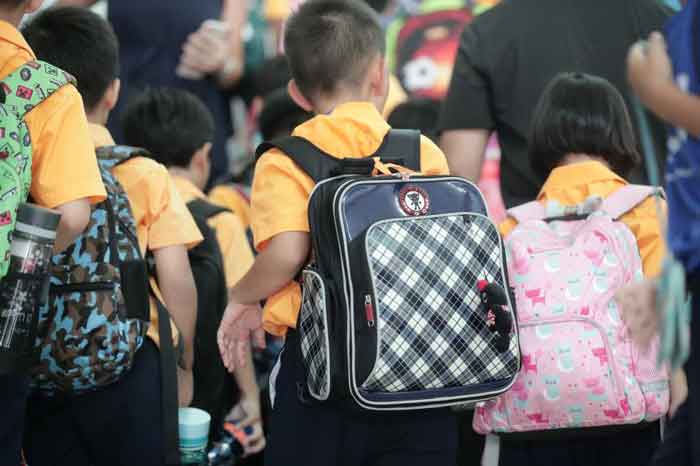 From next year, the number of seats reserved for this group will be doubled to 40

SINGAPORE - More Primary 1 places will be set aside from the next registration exercise to take in children who do not qualify for priority admission.

From next year, the number of places reserved for this group will be doubled to 40, said the Ministry of Education (MOE) on Thursday (Sept 9).

They are currently eligible for Phase 2C of the annual exercise - the open phase for those who have no links with the school and priority is given to those who live nearby.

Under the latest changes, each primary school will have to allocate 40 spots to pupils with no links at the start of the next Primary 1 registration exercise.

Since 2014, when MOE decided to set aside 20 places a year for Phase 2C,competition has intensified, said the ministry.

This year, one in three schools had to undergo balloting in Phase 2C for Singaporeans living within 1km of the school, up from one in four schools that balloted in the same category in 2014.

Commenting on the proposed changes, Education Minister Chan Chun Sing noted that the number of pupils who can access a school near their home without affiliation has declined in recent years.

He added that the latest revision would help ensure that schools remain accessible, open and inclusive.

MOE said that the increase in the number of places under Phase 2C will be "in the educational interest of children, to help them spend less time travelling and have more time to pursue other interests, as well as for the convenience of the family".

The move to review Phase 2C was announced in March this year during the Committee of Supply debate by then Education Minister Lawrence Wong.

From next year, while 40 places will be set aside for Phase 2C, Phase 2B will continue to have 20 places.

This phase is for children of parent volunteers and those with links to clan associations.

On top of this, applicants in Phase 2C will also be allocated two-thirds of the remaining vacancies from earlier phases while those eligible for Phase 2B, will be allocated one-third of the places.

Previously, remaining vacancies from earlier phases were split evenly between both phases.

MOE noted that more places reserved for Phase 2C may mean that several schools will not have any places left for Phase 2A(2) registrants - children whose parents or siblings are former students.

This means that children whose parents are in the alumni association will not have priority above those who have parents or siblings who used to study in the school.

They will now compete in the same phase.

In 1999, priority for alumni members in Phase 2A(1) was introduced to encourage stronger alumni and community support.

Said the ministry: "Over time, more stakeholders such as former students and alumni associations have been actively contributing in their own ways to the schools.

"It is timely to review the fine differentiation of priority between stakeholders in Phases 2A(1) and 2A(2)."

In addition, the ministry will revise the methodology for calculating the distance between home and school for all primary schools, resulting in a slightly larger coverage of homes considered to be within 1km and 2km of the school of choice.

Children living closer to their school of choice have greater priority in all phases of the registration.

The new methodology is based on the shortest distance between any point on the boundary around the school to the applicant’s home.

This will lead to a more than 10 per cent increase in eligible applicants for each home-school distance category for every school. 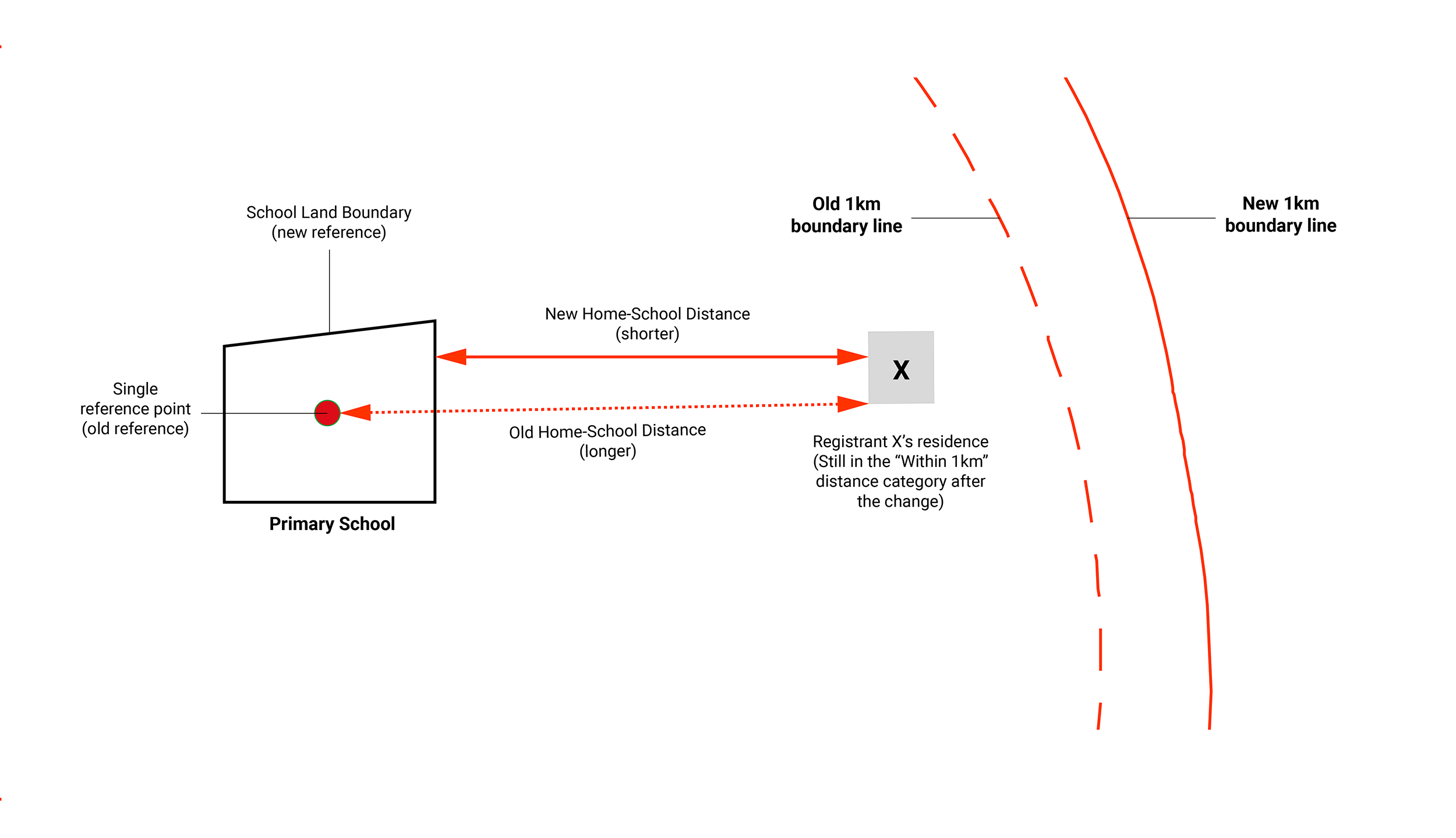 However, for three primary schools, a small number of registrants will be shifted to a further home-school distance category due to past upgrading or rebuilding works resulting in school boundary changes. They are Cedar Primary School, Maris Stella High School (Primary Section) and Marymount Convent School.

For this affected group, MOE will allow the children to retain their original home-school distance in the 2022 Primary 1 registration exercise as a one-off arrangement.

The 2021 Primary 1 registration, which closed on Aug 31, will be the last under the old framework.

Administrative executive Imelda Gani, 42, told The Straits Times that the increase in places for Phase 2C will make the process more inclusive.

She said: "Now sometimes those who live right across the road from the school have trouble getting in."

Her eldest son, aged nine, got into Bukit Panjang Primary School by balloting in Phase 2C.

Engineer Samuel Siswanto, 38, told ST that he hopes the additional places will help move the needle in terms of helping those with less privilege get more opportunities to get into the schools they want.

But he added that he was concerned that it might drive up property prices near popular schools as parents move to improve their chances. He said: "Hopefully there will be other policy changes to mitigate this possibility."

Reference: New P1 registration rules from 2022: More places to be set aside under Phase 2C to ensure more kids attend school near home