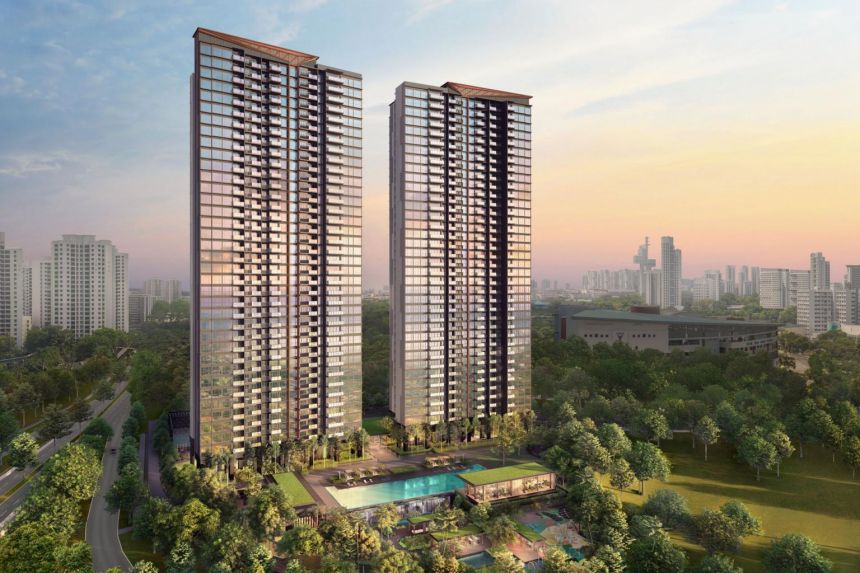 The jump in sales was driven by new launches such as Clavon in Clementi, which sold 473 units

SINGAPORE - New private home sales in December climbed to their highest level for the month in eight years, as buyers jumped in on expectations of further price increases with a post-pandemic economic recovery.

The second half of 2020 marked a surprising turnaround and the pent-up demand for new private homes helped to propel the full-year total to 10,024 units, which exceeded 2019's 9,912 transactions, about 1 per cent higher.

"Annual new home sales have not surpassed 10,000 units after the introduction of fresh cooling measures in July 2018, and for this to happen in 2020 - a year fraught with great uncertainties - is a... testament to the market's strength," Mr Ismail Gafoor, CEO of PropNex said.

"As Singaporeans have been advised to defer all travel until the global situation is under control, more locals have visited showflats during the holiday season," Ms Christine Sun, senior vice-president of research & analytics at OrangeTee & Tie, observed.

The figures from the URA on Friday (Jan 15) exclude executive condominium (EC) units, which are a public-private housing hybrid. Including ECs, new home sales came to 1,265 units - up nearly 54 per cent month on month and 129.6 per cent more than a year ago.

A total of 23 private residential projects were launched in 2020 - 10 projects before the circuit breaker and 13 projects after, according to Huttons Asia. 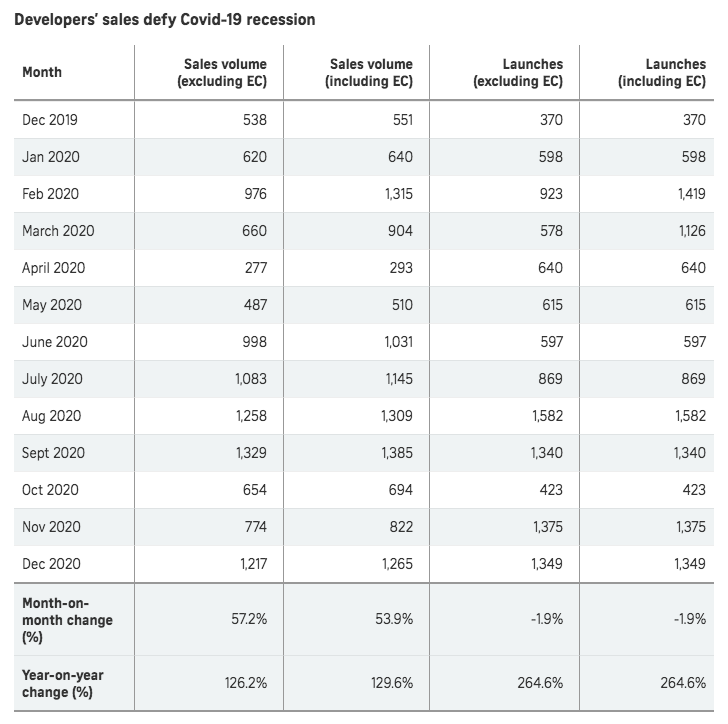