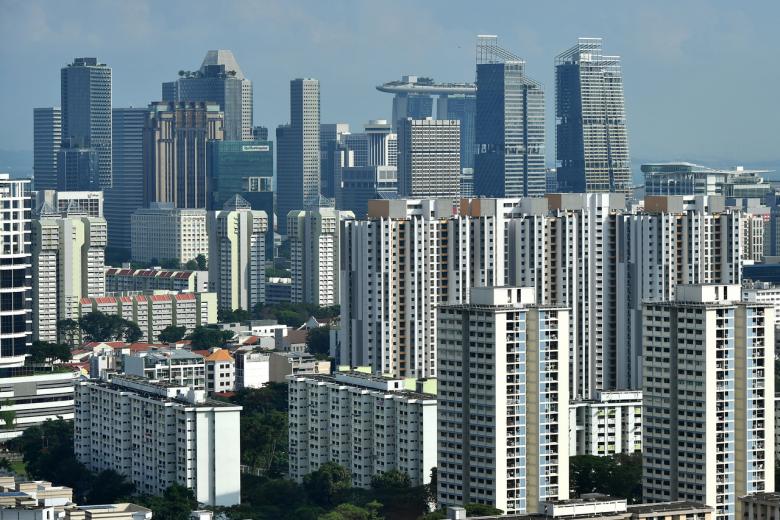 SINGAPORE - The number of million-dollar Housing Board flats tripled last year and resale prices climbed for the 18th straight month as new property cooling measures kicked in at the tail end of 2021.

HDB resale prices rose 0.8 per cent in December from the previous month and were 13.6 per cent higher than a year ago, according to flash data from real estate portals 99.co and SRX on Thursday (Jan 6).

Price hikes were seen in both mature and non-mature estates and across all flat types.

Still, December's resale prices rose at a slower monthly pace compared with the 1.3 per cent gain in November.

There was a dip in the number of resale transactions in December, with 2,429 HDB flats sold. This was a 6.1 per cent drop from the month before, and 2.4 per cent lower than in December 2020. 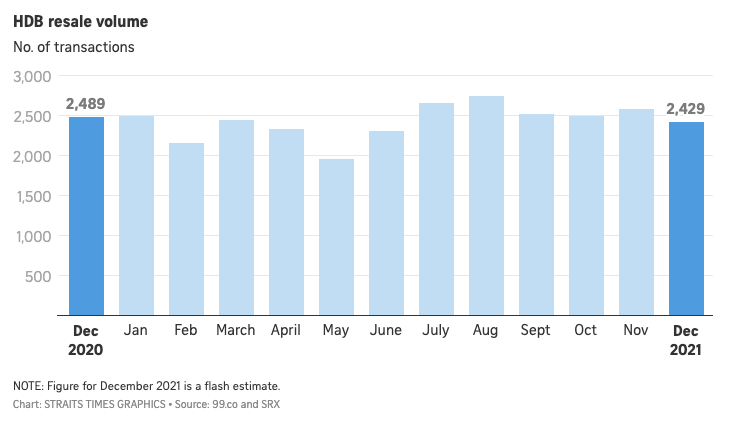 Last month also saw 38 HDB resale flats changing hands for at least $1 million, the highest number of million-dollar flats sold in a month, smashing the previous record of 29 such units in November.

The most expensive flat sold last month was a $1.36 million five-room Design, Build and Sell Scheme unit at Natura Loft in Bishan. It is currently the most expensive HDB resale flat on record.

The 38 million-dollar flats make up 1.6 per cent of last month's total resale transactions.

The 261 million-dollar flats sold represent about 0.9 per cent of total HDB resales in 2021.

HDB on Monday released flash estimates showing that resale prices rose by 12.5 per cent for the whole of 2021. It will release final figures on Jan 28. 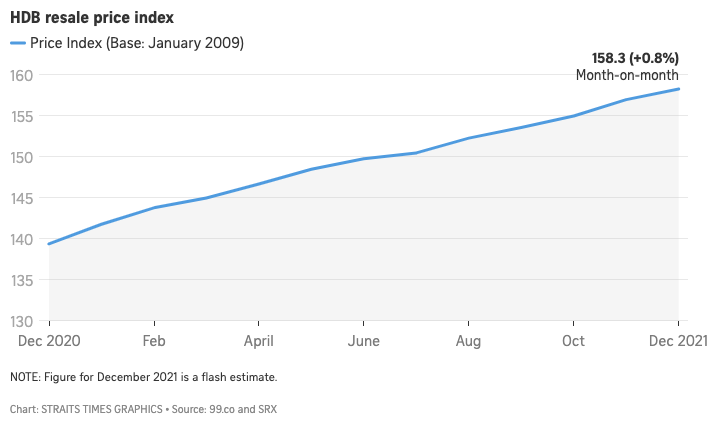 Ms Christine Sun, senior vice-president of research and analytics at OrangeTee & Tie, said resale prices last month could have continued to rise as it takes time for the market to react to the latest round of property curbs in mid-December.

"Many deals were probably negotiated or closed before the cooling measures were implemented... January's sales numbers may provide a clearer picture of the full impact of the new measures," she said.

PropNex Realty head of research and content Wong Siew Ying said December's decline in volume was likely due to seasonality, where sales and viewings tend to slow, as some go on year-end holidays for the first time in two years due to the Covid-19 pandemic.

She added that the robust price growth seen in 2021 is expected to "lose some steam" this year as buyers become more resistant to price increases.

"The cooling measures could also have caused some buyers to postpone their buying decision temporarily, preferring to take some time to digest the new rules and monitor their impact on the market," she said.

ERA Realty head of research and consultancy Nicholas Mak noted that demand for HDB resale flats will likely remain resilient this year, so long as construction delays for Build-To-Order flats are not resolved.

He expects HDB resale prices to rise by 4 per cent to 8 per cent this year.