SINGAPORE - Two residential sites, in Jalan Tembusu and Tampines Street 62 (parcel B), were released for sale on Thursday morning (May 27) under the first half of the 2021 government land sales (GLS) programme.

This follows robust bids put in by developers for two other GLS sites earlier this week.

The Urban Redevelopment Authority (URA) site in Jalan Tembusu in Tanjong Katong and the Housing Board executive condominium site in Tampines Street 62 (parcel B), which are both 99-year leasehold sites on the reserve list, can yield about 1,340 residential units in total.

PropNex head of research and content Wong Siew Ying said this was a record land rate for an EC site under the GLS programme. The previous high was $583 psf ppr for the Sumang Walk EC site awarded in March 2018.

DBS Group Research analysts Derek Tan and Rachel Tan believe that the Government is likely to dial up the supply in the second-half 2021 GLS programme, as many developers have sold most of their existing inventory.

“With completions starting to spike from 2022, most will be looking to redeploy their capital, and the GLS is a natural source of capital allocation,” they said.

“Faced with rising construction costs, developers will likely be keen to ‘push the envelope’ in terms of pricing in 2021, if fresh cooling measures are not introduced,” they added.

Mr Mark Yip, chief executive of Huttons Asia, said the Jalan Tembusu site in District 15, a popular area for many buyers, has "a high probability of getting triggered, as developers are starved of well-located sites".

"The project offers unblocked views, as homes in the vicinity are predominantly landed and low-rise developments. If triggered and sold, we estimate the successful tender price to be between $1,400 and $1,500 psf ppr," he added.

Mr Ong Teck Hui, senior director of research and consultancy at JLL, said the site "has strong locational attributes, as it is near the upcoming Tanjong Katong MRT station, East Coast Park, and amenities along East Coast Road". 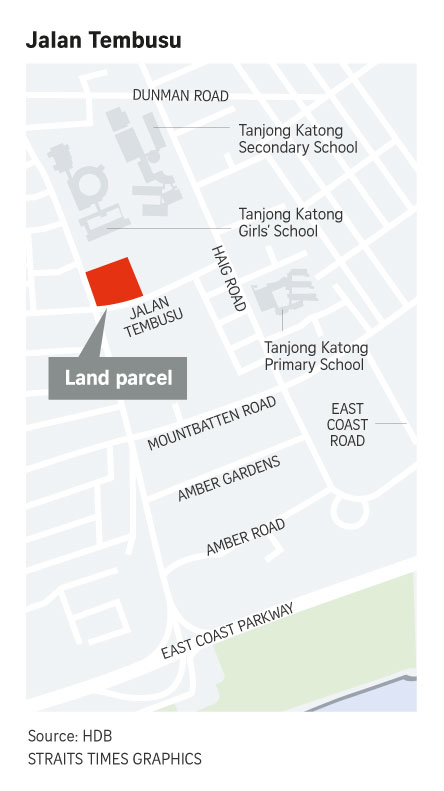 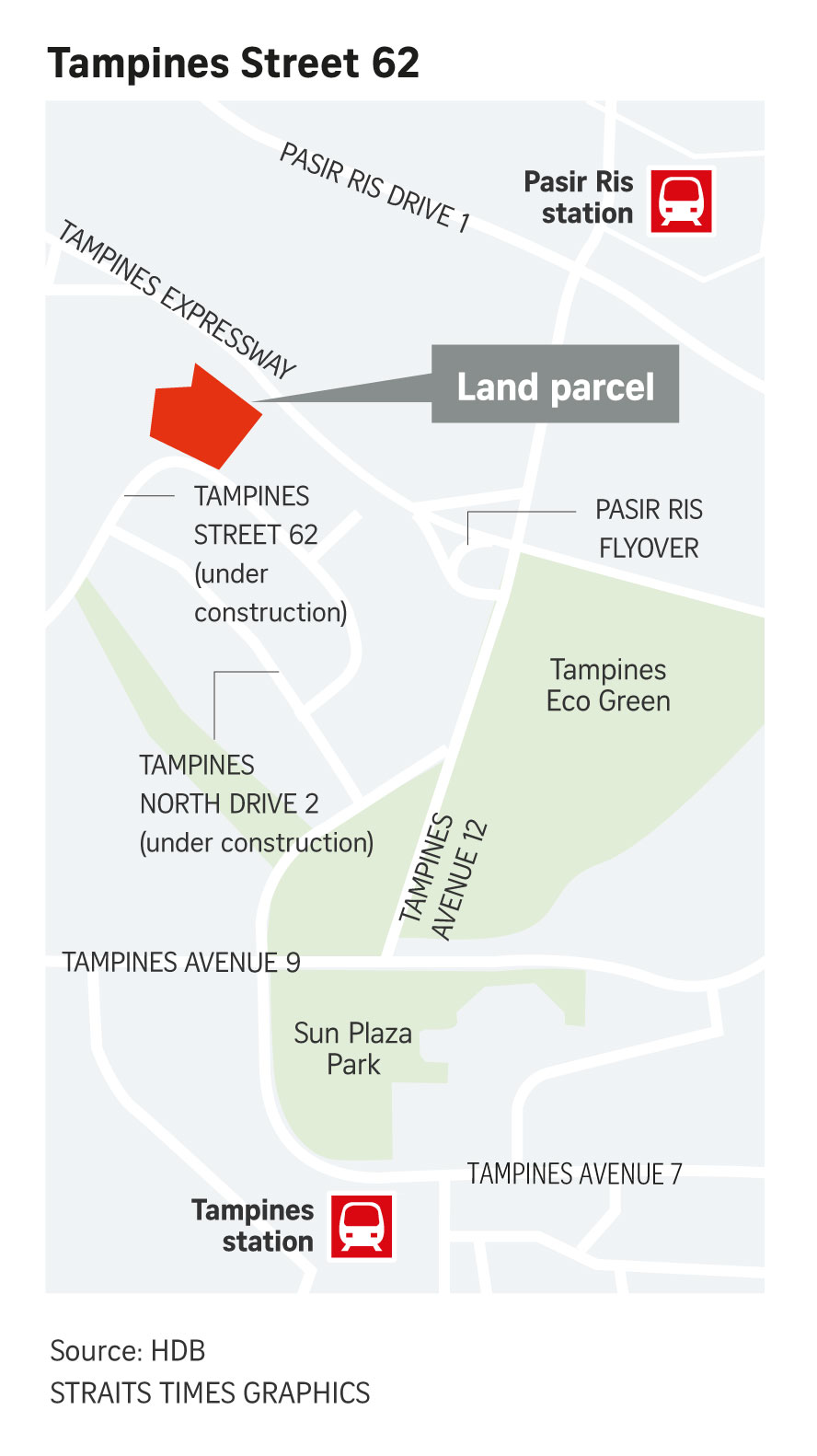 But analysts say developers may not be in a rush to trigger the site in Tampines Street 62 (parcel B) because a neighbouring parcel A EC site, whose GLS tender was launched under the confirmed list in April, has not been sold yet.

The tender for parcel A will close in July. By then, interested developers should have a better idea about EC land prices in this area, ERA Singapore head of research and consultancy Nicholas Mak said.

"Therefore, property developers would not be in a rush to trigger the parcel B site," he said.

"The Government is maintaining a slow and steady supply of EC land parcels. The Tengah tender has set a new benchmark price for EC land islandwide. If the Tampines Street 62 site is released for sale, its price could potentially reach $580 psf ppr to $620 psf ppr," he added.