What makes a $1m HDB flat

Factors that determine the resale value include location, size, views and rarity of the unit model
30 May 2021 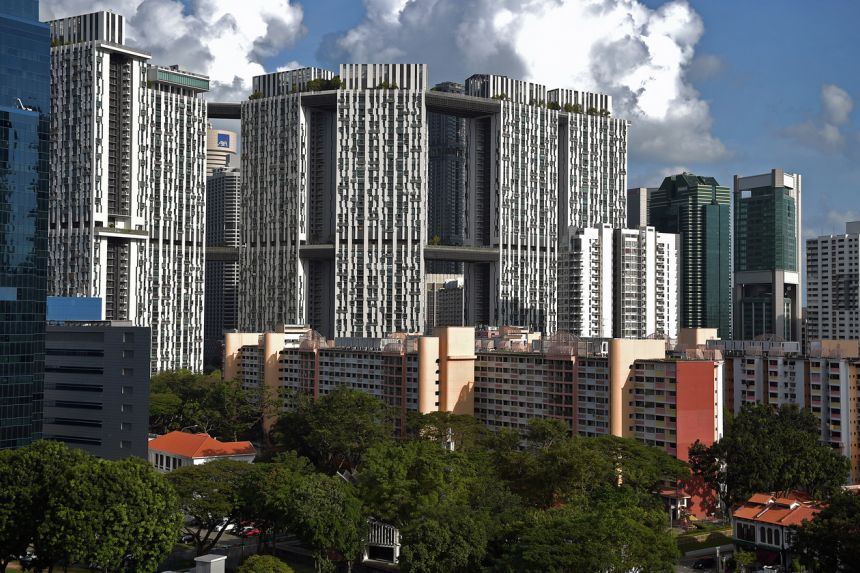 Most of the smaller million-dollar flats are Pinnacle @ Duxton units which have stunning views and a panoramic city skyline.

More HDB resale flats have been sold for a million dollars and such transactions have been grabbing headlines. The number of million-dollar flats hit a high last year with 82 transactions inked despite the pandemic.

But this record has been broken even before we hit the half-year mark - from January to May 25, 85 HDB flats have been sold for at least $1 million.

Some owners may be wondering if their flats have what it takes to fetch a million dollars. Others may be worried if resale flats may soon be out of reach for more buyers. To address these questions, let's discuss what makes a million-dollar flat.

Many prospective buyers have been trying to spot the right flats in hopes of striking the HDB million-dollar jackpot. Location plays a vital role. Flats in the city fringe or heart of downtown core are few and far between, which may explain why most Build-To-Order (BTO) flats in prime locations were many times oversubscribed.

Based on data.gov.sg caveats, 379 resale flats have been transacted for at least $1 million historically. Almost all million-dollar resale flats were located in mature estates, with the highest number in the Central area, Bishan, Queenstown, Toa Payoh, Kallang/Whampoa, Bukit Merah, Bukit Timah and Clementi.

Some of the million-dollar flat purchasers are couples or singles in their 30s to 50s who are top executives in private firms or the public sector. These people do not mind paying top dollar for well-located resale flats as they perceive the connectivity and convenience to be crucial when it comes to choosing a home.

Other buyers are either downgraders from private property or former home owners who had pocketed a huge sum from collective sales. Many of these buyers are still on the prowl for value buys and million-dollar flats are considered affordable when compared with private properties.

More than 80 per cent of million-dollar flats are non-standard and many of these flat models have been discontinued for many years. Perhaps the rarity of such flats plays a significant role in commanding such high prices.

About a third of million-dollar flats were Design, Build and Sell Scheme units and some 16 per cent were maisonettes, terraces and premium apartment lofts. The value of these million-dollar flats lies in their sprawling living spaces which are no longer offered under the current BTO exercises. For instance, some HDB terraces and maisonettes are luxuriously spacious, spanning up to 280 sq m, equivalent to three four-room flats combined.

Not everyone has the chance to snag a flat in a million-dollar hot spot. Although most million-dollar flats are situated in mature estates, new hot spots could emerge in the coming years. For instance, the sale of a mid-floor 177 sq m maisonette in Hougang Central for $1 million sparked some market interest in 2018. Sellers were wondering if more flats in non-mature estates could hit the million-dollar mark one day.

This speculation was rekindled when a five-room premium apartment loft unit in Punggol was sold for $910,000 in March. This transaction is significant as it signals that selected flats in suburban regions could be pushing closer to the million-dollar mark. Since 2012, 15 resale flats in Bukit Batok, Choa Chu Kang, Hougang, Jurong East and Punggol have been sold for more than $900,000.

HDB flats remain a good home and a good store of value for most owners. For people who do not own a flat in mature estates or their flats may not fetch a million dollars, the profit margin from the sale of their flats may still be very attractive since the purchase price could be lower than the counterparts in mature estates. For example, a 112 sq m five-room premium apartment in Sengkang bought for around $350,000 in 2017 could be resold for over $700,000 this year (estimates are based on past HDB data transactions). This translates to a handsome gross profit margin of about $350,000 over a short holding period of five years.

This could be good news for many home owners, especially since more flats in non-mature estates are changing hands at higher prices. A record 250 resale flats were sold for at least $700,000 last year. This is a substantial jump from just four transactions in 2010. In the first four months of this year, 163 flats in non-mature estates have been sold for at least $700,000.

The increasing number of million-dollar transactions has perhaps sparked some concerns about housing affordability. While more flats have been sold for a million dollars, such flats make up only a small proportion of total transactions.

Since 1990, million-dollar transactions constitute only about 0.04 per cent of the total 850,000 resale transactions. In the first four months of this year, the proportion remains low at 0.8 per cent. This indicates that the growth rate of million-dollar flat transactions is considered marginal over the past 30 years.

Further, there are still many affordable resale flats in the market. From January to April this year, the bulk of resale transactions (77.3 per cent or 7,305 units) was below $600,000 and the islandwide median resale price stands at $465,000. Even for newer flats below 10 years old, the overall median price is around $500,000 this year. Therefore, the growing number of million-dollar resale flats is unlikely to have a significant impact on overall HDB resale prices.

Meanwhile, more flats will be reaching their minimum occupation period in million-dollar hot spots like Kallang (2,827 units), Clementi (962), Ang Mo Kio (859), Bukit Merah (570), Toa Payoh (465) and Bishan (408) this year. New flats in the Greater Southern Waterfront may be the next batch of million-dollar flats. So, as long as private home prices continue to rise and supply of new mass market condos remains limited, demand for premium HDB resale flats should stay strong.