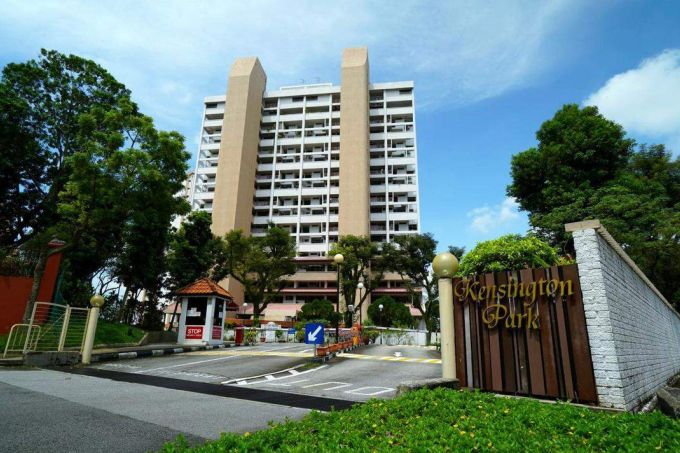 The guide price works out to a land rate of about S$1,414 per square foot per plot ratio, after including the development charge payable of around S$178.1 million, CBRE said.
PHOTO: CBRE

KENSINGTON Park condominium in Serangoon has been offered for en bloc sale by public tender with a guide price of S$1.28 billion, sole marketing agent CBRE announced on Wednesday (May 18).

In April, The Business Times reported that at least 80 per cent of the owners had consented to the potential deal, nearly 4 years after their previous efforts at a billion-dollar price tag.

The latest guide price will work out to a land rate of about S$1,414 per square foot per plot ratio (psf ppr), after including the development charge (DC) payable of around S$178.1 million, CBRE said in a press statement.

The land rate will be S$1,371 psf ppr if taking into consideration the 7 per cent bonus gross floor area allowed for balconies and a DC payable of approximately S$232.1 million, the firm added.

Under the Urban Redevelopment Authority’s Master Plan 2019, the site is zoned for residential use with an allowable gross plot ratio of 2.1 and a building height control of up to 24 storeys.

In 2018, Kensington Park unit owners were aiming for S$1.05 billion. However, a fresh round of property market curbs kicked in on Jul 6 that year, slowing the collective-sale momentum. The condo's marketing agent at the time had gathered signatures from 70 per cent of the owners by Jul 25, 2018.

Michael Tay, head of Singapore capital markets at CBRE, said: “We believe that developers will be able to achieve premium pricing even for the low-floor units.” He added that the site can potentially be redeveloped into more than 1,000 residential units, subject to a pre-application feasibility study on traffic impact to be conducted as well as approval from the Land Transport Authority.

Tay suggested that developers may opt to create bigger and fewer units on the site to cater to the increased demand for larger homes amid hybrid working arrangements.

Considering the location within a landed estate, strata-landed houses could also prove popular with homebuyers, which offers an additional option for developers to include such homes into the unit mix of the new development, he said.

Kensington Park is situated next to The Garden Residences, a 613-unit condominium launched in June 2018.