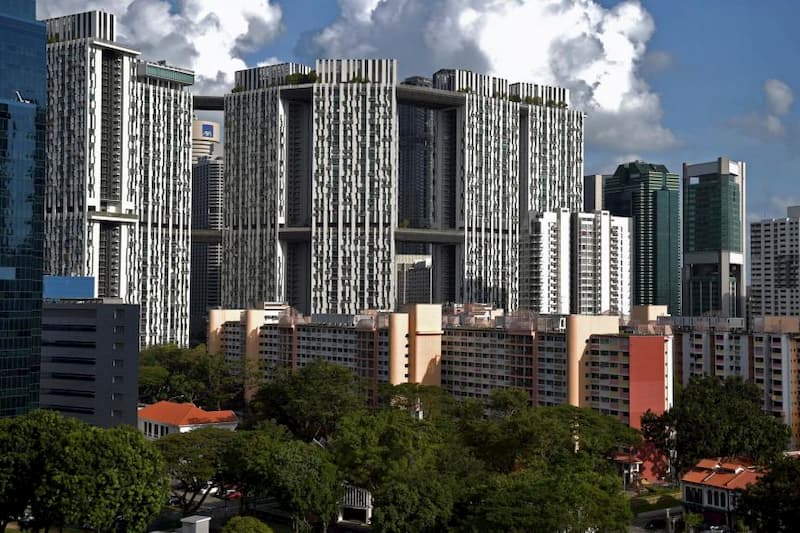 SINGAPORE - The number of Housing Board (HDB) resale flats sold for $1 million or more each has hit a new high, following 13 transactions done in November, according to data from real estate portal SRX released on Thursday (Dec 10).

The 72 million-dollar flats sold in January to November this year compare to 64 such units for the whole of 2019.

SRX's flash estimates for November also reveal that HDB resale prices rose for the fifth consecutive month, though the volume of transactions dipped.

At the top end of the HDB resale market, a five-room unit at The Pinnacle @ Duxton sold for $1,248,000, which was the highest transacted price registered for a resale flat in November.

PropNex head of research and content Wong Siew Ying said buyers of million-dollar HDB flats may be willing to pay so much due to its central location, the convenience of being near to the city and the amenities available.

She added that as private condo prices have remained resilient throughout the pandemic, some buyers may have turned to the HDB resale market for flats that better fit their budget and housing needs.

"A family-sized private condo in the suburbs could cost $1.5 million, but for $1 million or so, the buyer can get a relatively similar sized HDB resale unit on a high floor and in a prime spot near the city," she said.

In the overall HDB resale market, prices rose 1 per cent last month from October. November's resale prices are 5 per cent higher than a year ago but 9.5 per cent lower than their peak in April 2013.

The number of resale transactions in November dropped 4.3 per cent from October to 2,331, according to SRX data.

This volume though was 21.7 per cent higher than in the same month last year.

Commenting on the fewer number of transactions, Orange Tee & Tie head of research and consultancy Christine Sun said that this could be a result of sellers raising their asking prices following recent market exuberance and stellar sales inked over the past few months.

She added that many resale flats are currently transacted above valuation.

Data from SRX showed that the overall median transaction over X-value (TOX) was a positive $1,000 in November, though this was a drop of $2,000 compared with October.

Median TOX measures whether people are overpaying (in the case of positive TOX) or underpaying (when there is negative TOX) relative to the SRX Property X-value estimated market value for flats.

For the first eleven months of this year, 21,876 resale flats were sold, based on November’s flash data, said Ms Sun.