The Jalan Tembusu site is the largest of the three sites launched and close to Tanjong Katong MRT station. PHOTO: URA

THREE residential sites have been released for sale under the Government Land Sales (GLS) Programme.

Launched by the Urban Redevelopment Authority (URA), the Jalan Tembusu site is the largest of the three, with an area of 20,572.1 square metres (sq m) and a maximum gross floor area (GFA) of 72,003 sq m. It could yield about 825 units, based on a maximum height of between 80 and 85 m. 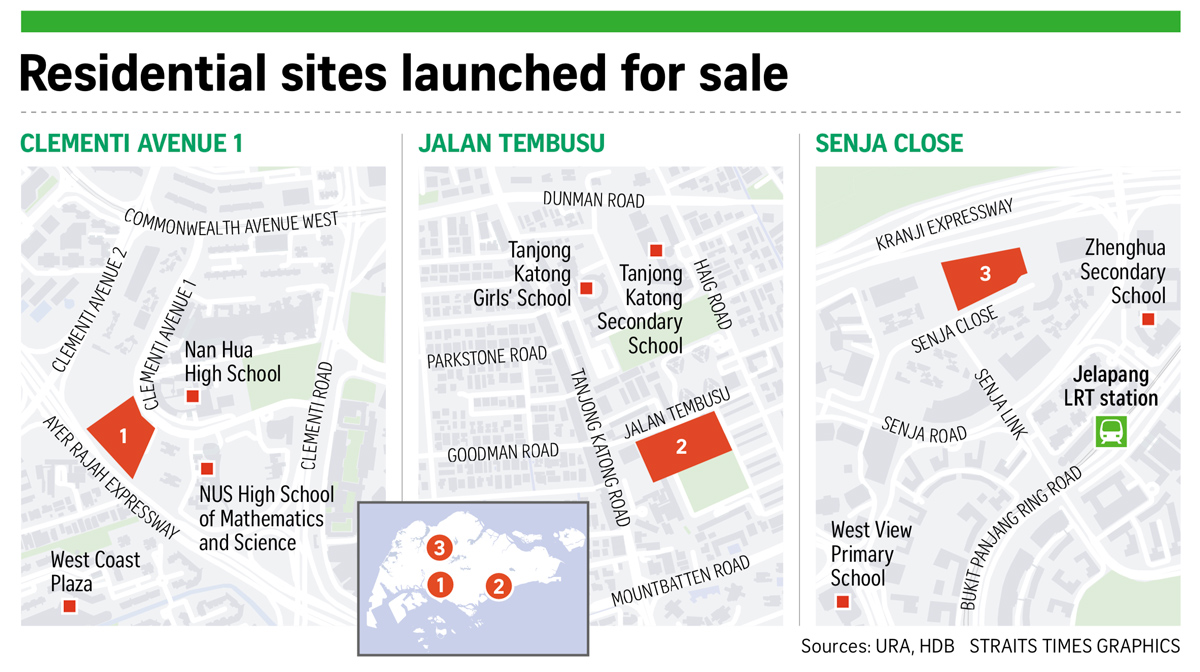 The third site at Senja Close, offered by the Housing and Development Board, is an executive condominium (EC) site. It is the smallest site in this launch, with an area of 10,159.2 sq m and GFA of 30,478 sq m. With a maximum building height of 150 to 153 m, the site could yield an estimated 300 units.

All three sites come under the reserve list of the second half 2022 GLS, and will only be released for sale if a developer submits an acceptable offer in the tender.

Huttons Asia’s senior director of research Lee Sze Teck said the Jalan Tembusu site sits in a “popular” location, noting its proximity to Tanjong Katong MRT station. However, he flagged that there is “ample supply” in the area, from developments such as Jalan Tembusu Residences and The Continuum.

He added that there could be three to five bidders for the site, with a top bid of between S$1,300 and S$1,400 per square foot per plot ratio (psf ppr).

On the Senja Close site, Lee noted that this is the first EC site launch in the Bukit Panjang district in over a decade. “There may potentially be pent-up demand for ECs,” he said, estimating that the site could receive a top bid of between S$600 and S$650 psf ppr with three to five bidders.

However, ERA’s Mak said the site’s location “may not be as attractive” as others, and another EC site is expected to be launched in the area next month under the first half 2023 GLS. Giving an estimated top bid of between S$610 and S$650 psf ppr, Mak said there is a “less than 50 per cent chance” of the site being triggered for sale.

Citing the upcoming release of the first half 2023 GLS sites in December, Lee said “developers might want to keep their options open and not trigger these sites for sale”.