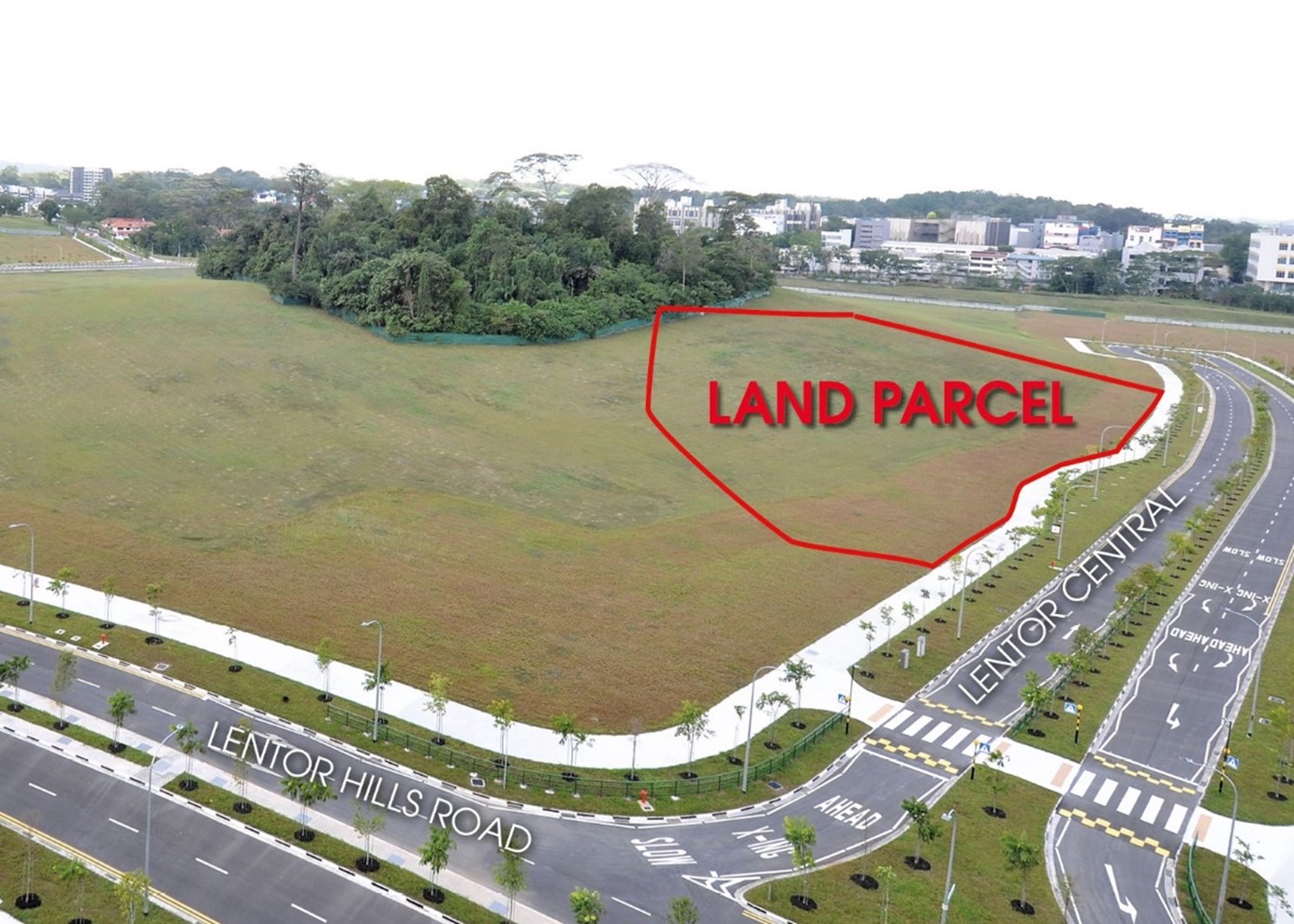 This Lentor Central plot is one of a few land plots up for tender in the up and coming Lentor area.

Enjoying the luxury of being situated in a quiet residential enclave and in close proximity to an MRT station, this plot provides more opportunities for investors looking out for the next growth region. 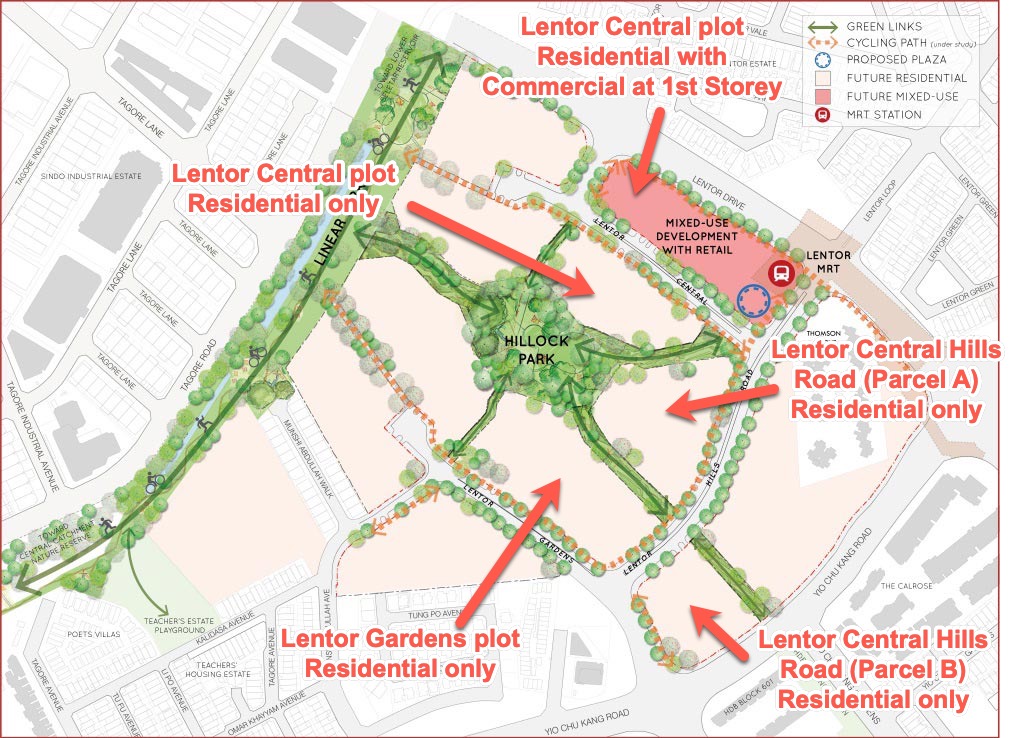 To be the first to be updated when there are new developments, register with us today! The list includes the land plot at Lentor Central, placed on the Reserve List, and will be made available for Developer Application in Oct 2022. 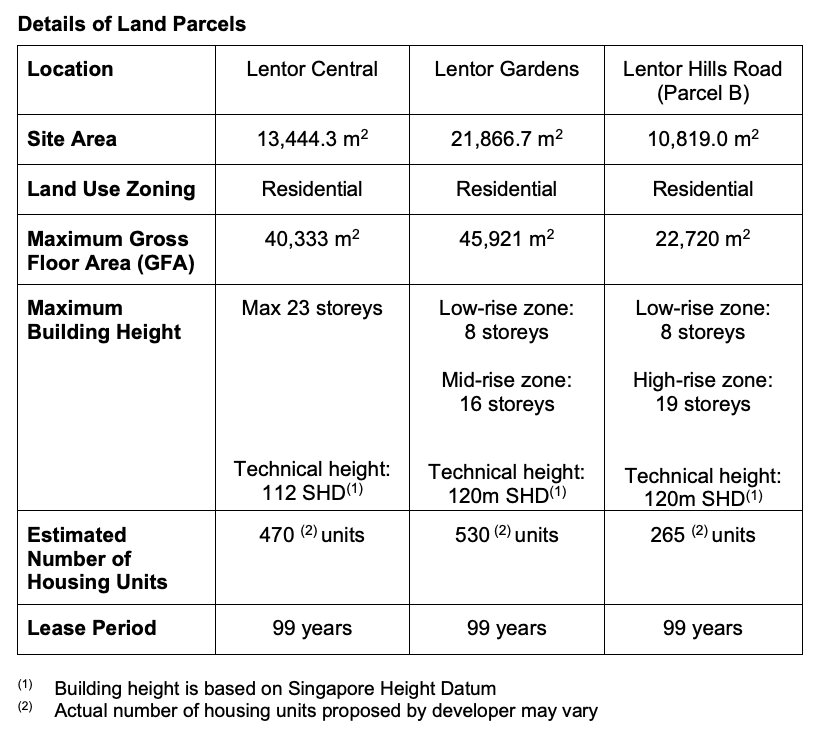 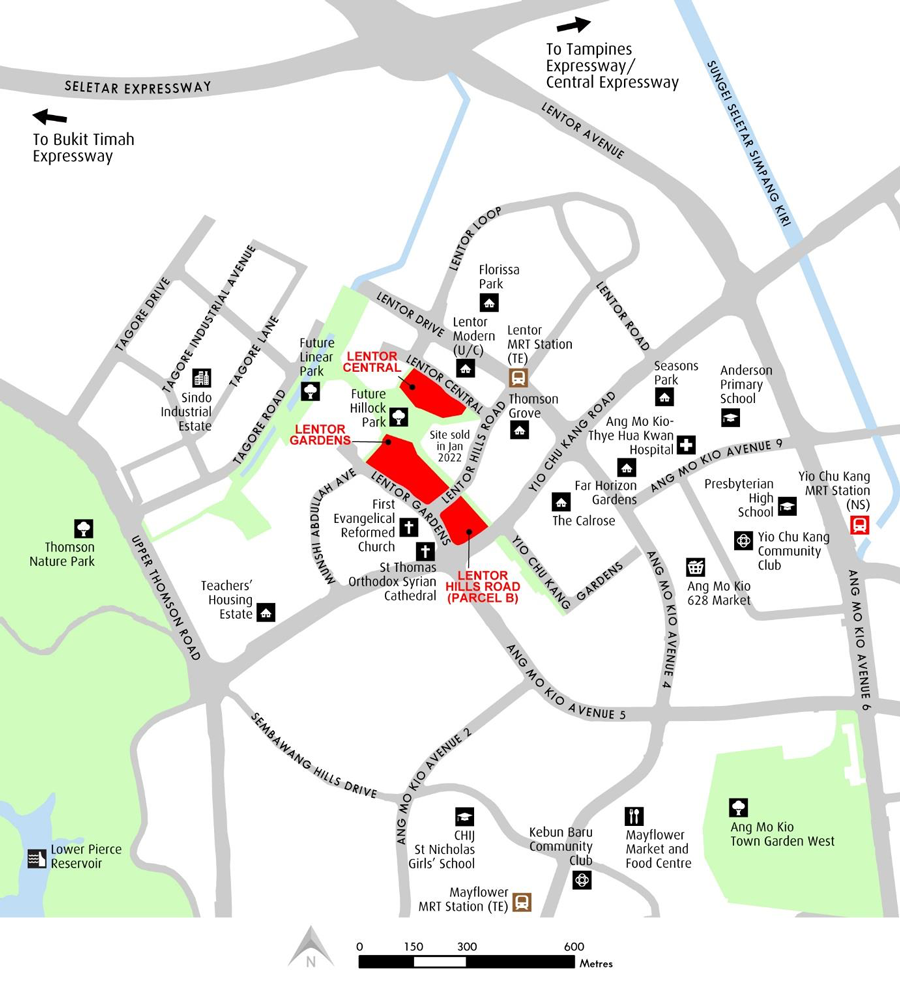 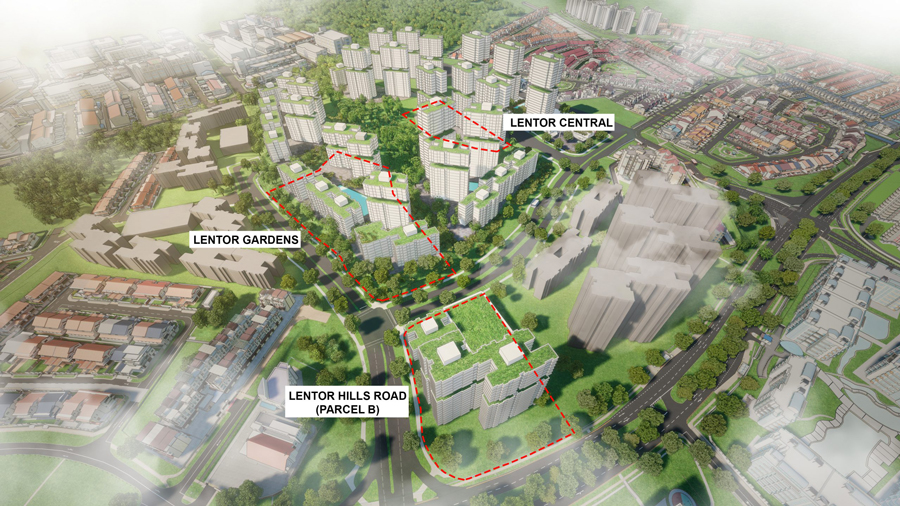 Please note that there are 2 land plots named "Lentor Central", as per URA's website; this article is referring to the land plot that is marked for Residential only. 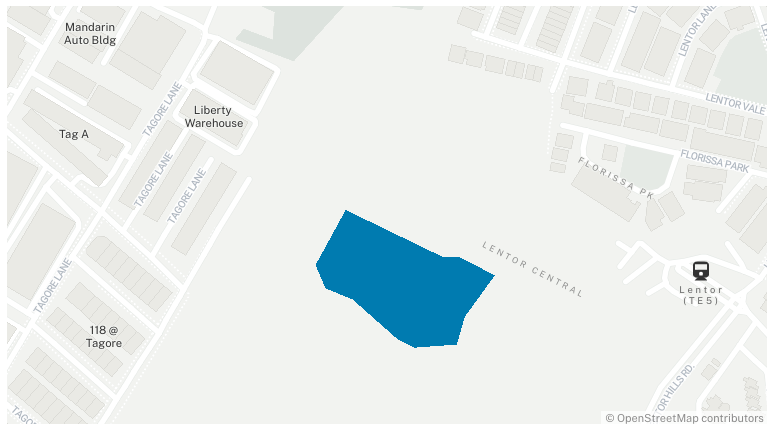 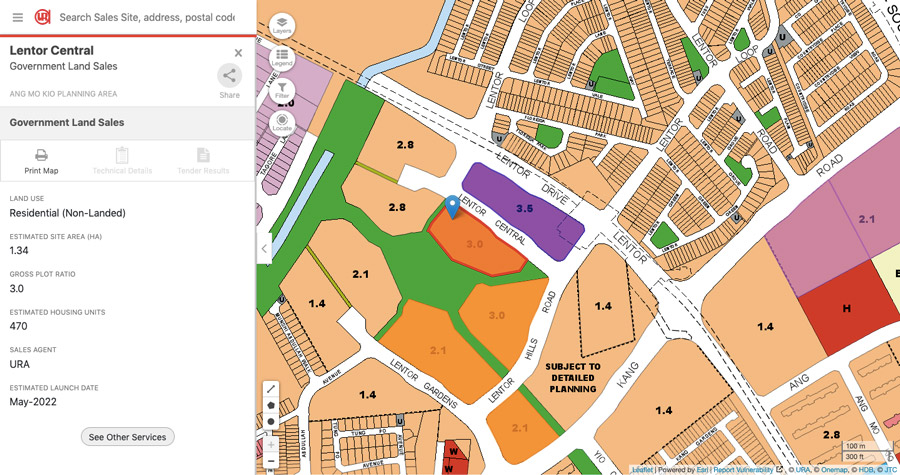 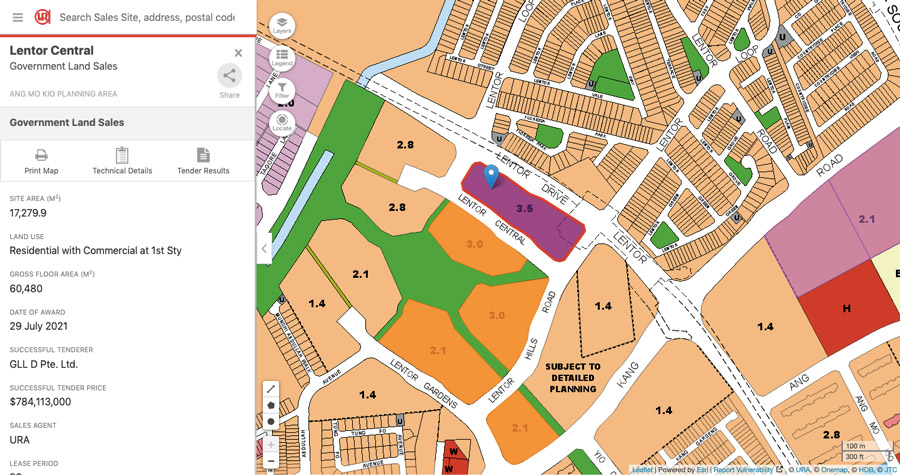 Release of first half of 2022 Government Land Sales (GLS) Programme

The land parcel is located within the new Lentor Hills Estate which is envisioned as a sustainable and pedestrian-friendly neighbourhood amidst lush greenery.

Future residents can look forward to retail options, a supermarket and childcare facilities located within the upcoming mixed-use development at Lentor Modern and enjoy lush greenery and recreation choices at the future hillock and linear parks nearby. 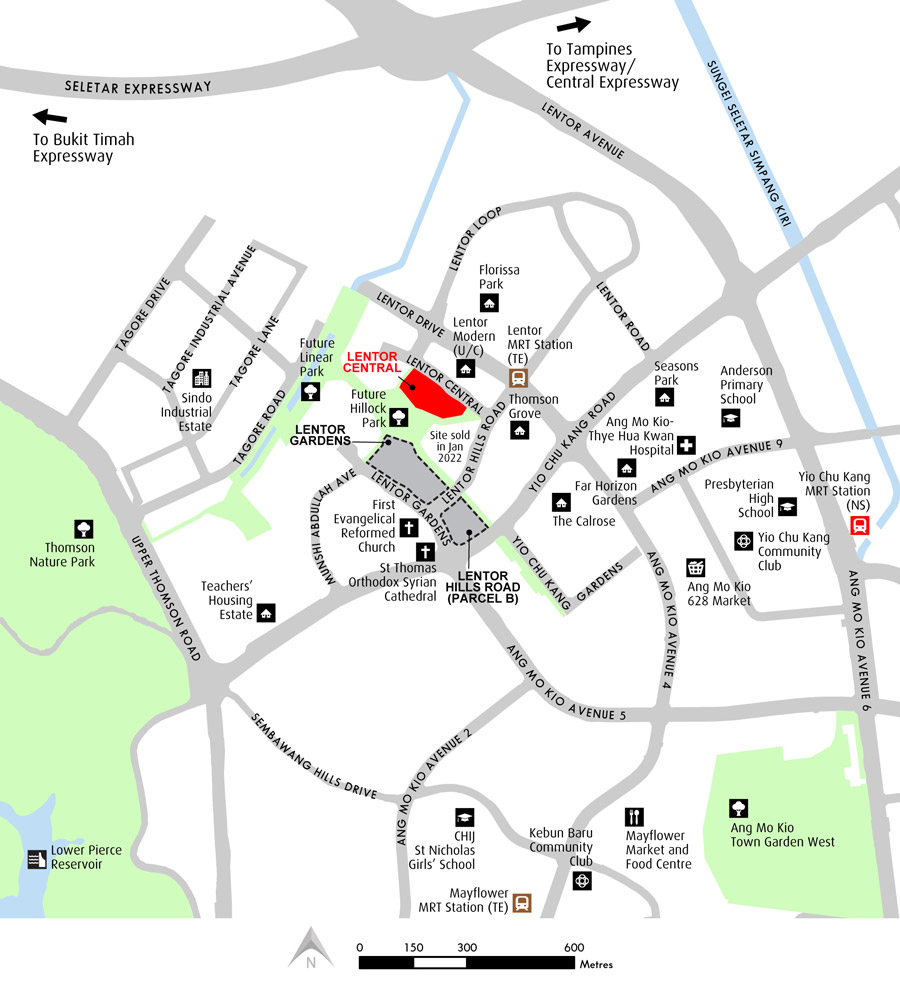 (1) Building height is based on Singapore Height Datum (SHD).
(2) Computed from the date of acceptance of the tender by the Authority up to date of issue of Temporary Occupation Permit for the whole of the proposed development.

The Land Parcel is designated for private housing development. It will be connected to Lentor MRT station on the Thomson-East Coast Line by covered linkways. The Land Parcel is in proximity to the future Lentor Modern. It is also well connected to major arterial roads and expressways such as the upcoming North-South Corridor (NSC), and within easy reach to recreational facilities such as Thomson Nature Park, Yio Chu Kang Stadium & Sports Complex, and educational institutions such as Presbyterian High School, Anderson Primary School, and CHIJ St Nicholas Girls’.

Lentor Hills Estate is envisioned as a pedestrian-friendly neighbourhood set amidst lush greenery with good connectivity to public transport. It is intended to provide a mix of high-rise, medium-rise and landed housing options, as well as new amenities, such as retail options and a supermarket. Existing greenery on the site has been retained and will be developed into a hillock park to serve the neighbourhood.

The proposed development on the Land Parcel is envisioned to be well integrated with the greenery of the future Hillock Park and the green fingers extending from the park. It shall be lushly landscaped to enhance the overall sense of greenery in the area and include an attractive living environment that promotes an active lifestyle.

The Successful Tenderer is expected to build upon the unique context of the Land Parcel and employ innovative building typologies of appropriate form and scale in the proposed development that responds sensitively to existing developments (e.g. landed homes), the future Hillock Park, Lentor MRT Station, and the future Lentor Modern.

The Successful Tenderer is strongly encouraged to provide lush landscaping on elements of the proposed developments such as building setback areas, roof terraces and roof gardens, as well as vertical greenery where it is visually prominent. These elements are to be integrated as part of the overall form and architectural treatment of the building.

Each residential block within the Mid-Rise zone shall provide at least one double-volume Predominant Sky Terrace, located at the 8 th storey or higher levels as shown on the Control Plan. This is to enhance visual porosity through the residential blocks and improve views towards the Hillock Park, as well as allow the greenery of the sky terrace to be visible from the street level.

To future-proof new development sites in Singapore, the Successful Tenderer is required to have active and passive provision of EV charging points for the proposed development as set out in Section 7.0 of the Conditions and Requirements of Relevant Competent Authorities and Public Utility Licensees.