Lentor Modern is the first land plot to be sold in the up and coming Lentor area.

Successfully bid by renowned developer Guocoland, Lentor Modern will be the most anticipated launch of 2022/2023. 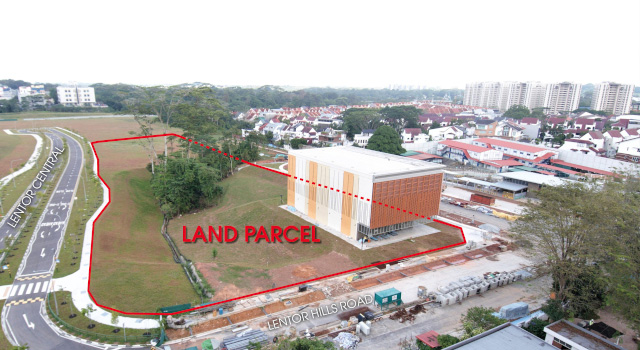 To be the first to be updated when there are updates for Lentor Modern, register with us today!

Developed by renowned Developer Guocoland, Lentor Modern will bring to residents the best of Live, Work and Play. 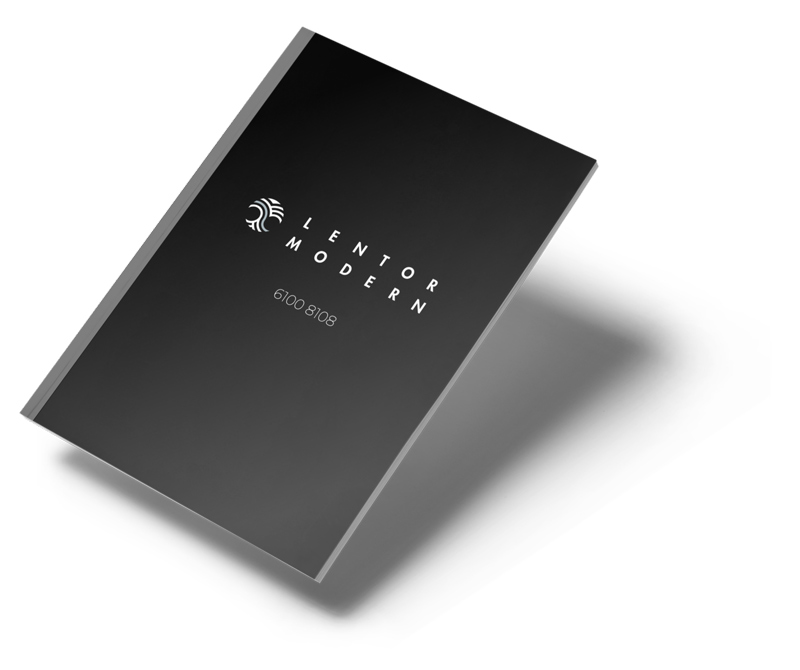 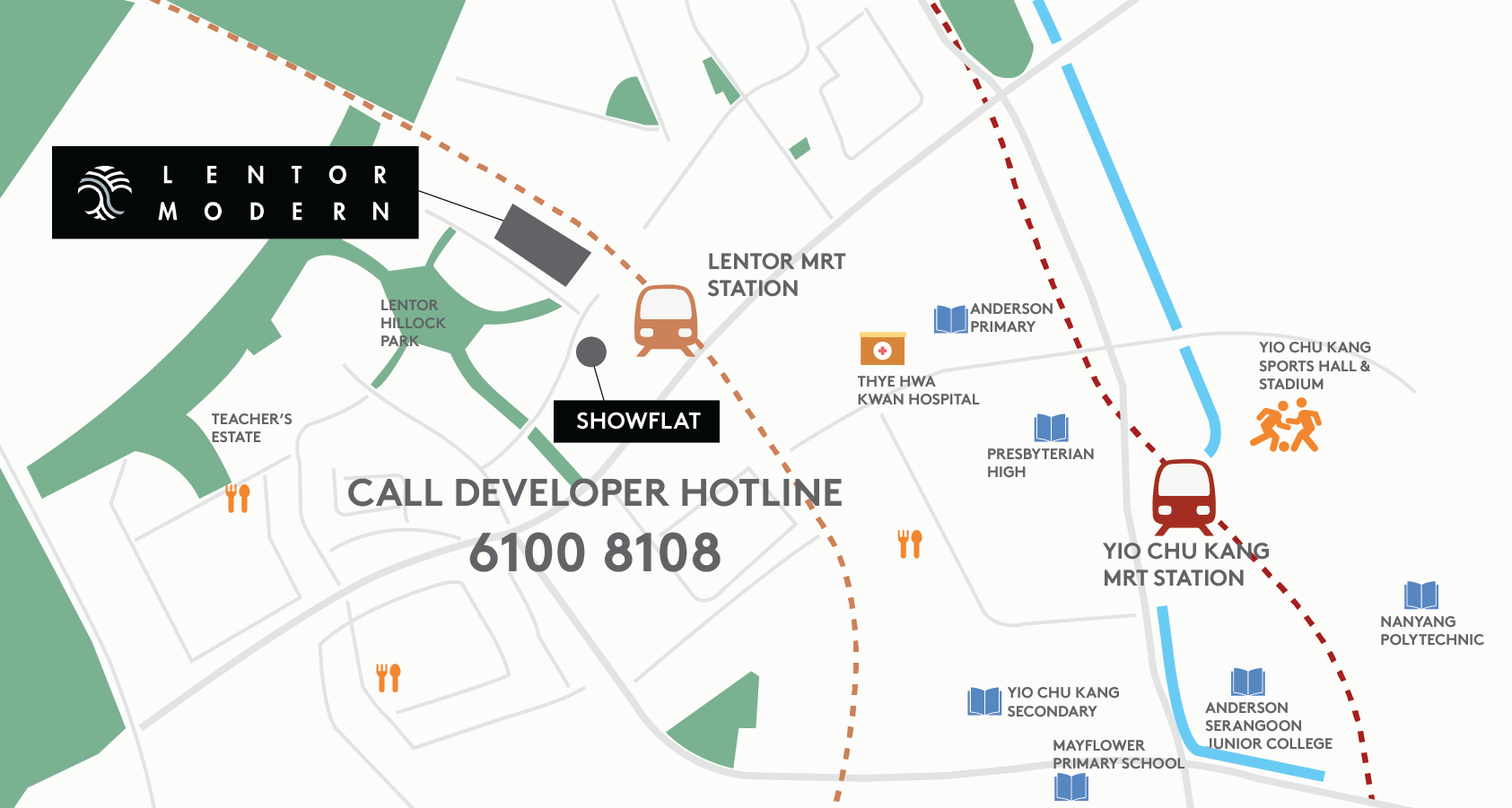 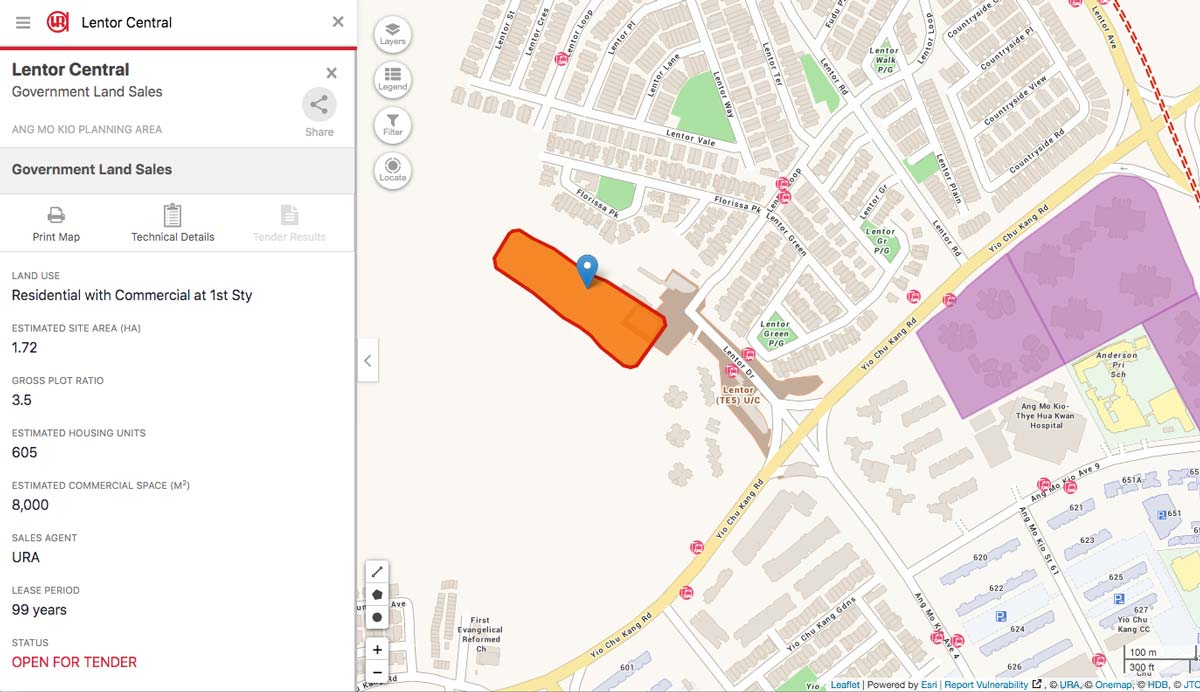 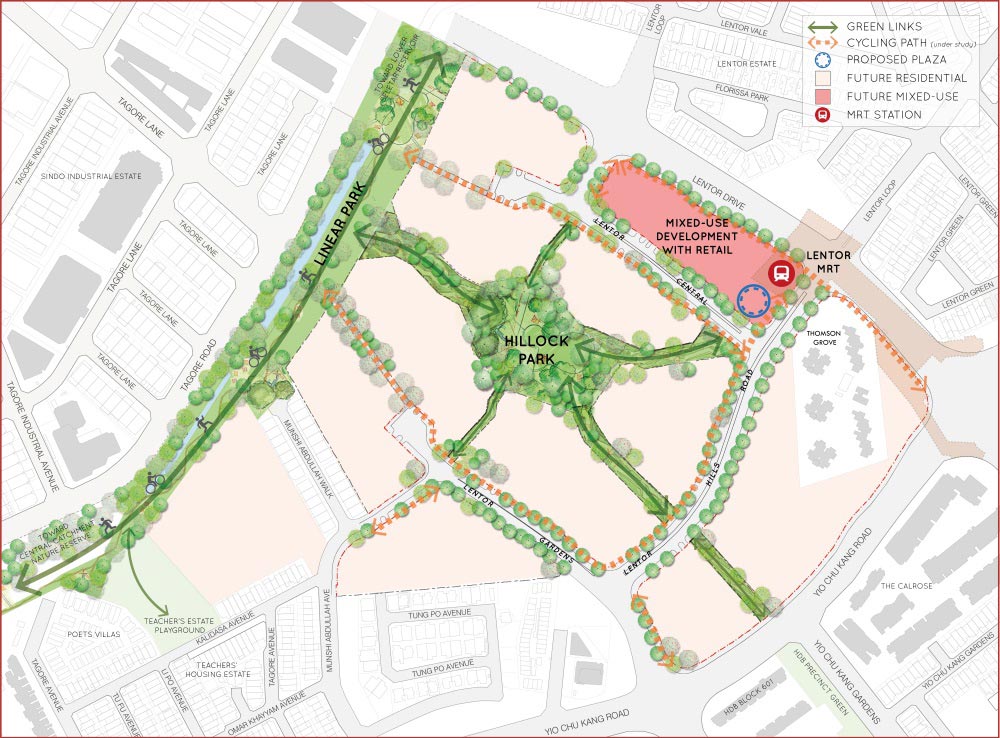 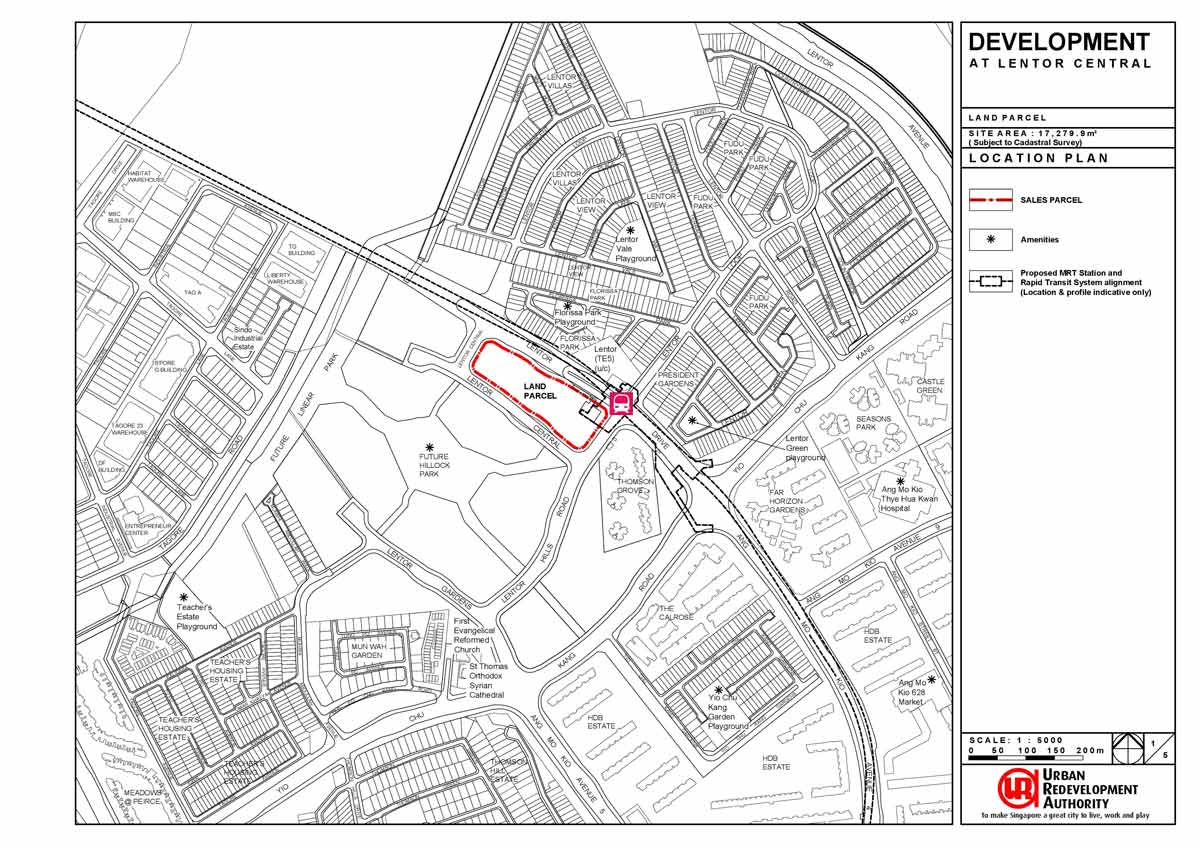 Listed on the Singapore Exchange Securities Trading Limited since 1978, GuocoLand Limited ("GuocoLand") is a premier regional property company with operations in the geographical markets of Singapore, China and Malaysia. In 2017, GuocoLand marked its expansion beyond Asia into the new markets of the United Kingdom and Australia through a strategic partnership with Eco World Development Group Berhad in Eco World International Berhad.

GuocoLand has been honoured with numerous awards and accolades both locally and internationally, in recognition of its portfolio of quality, innovative developments and commitment to business excellence. These include environmental sustainability awards such as the Building and Construction Authority (BCA) Green Mark Awards and Leadership in Energy and Environmental Design (LEED) Pre-Certification, as well as real estate awards honouring the best property companies such as the International Property Awards, FIABCI Property Awards, BCI Asia Awards and South East Asia Property Awards.

Here are some projects within its impressive portfolio: 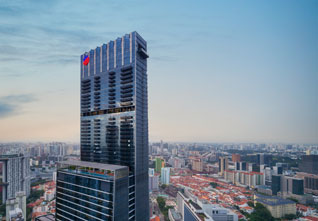 Starting at 180 metres and soaring to 290 metres above sea level, Wallich Residence is an exquisite collection of 181 luxury residences that crowns the landmark vertical city - Guoco Tower. Located in the heart of the new Central Business District, Wallich Residence offers the perfect blend of exclusivity and convenience at Singapore’s most prestigious address. 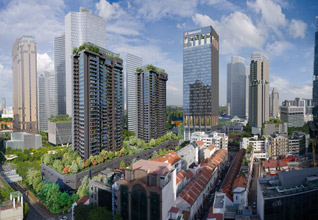 Midtown Modern features luxury garden homes within the integrated development Guoco Midtown. The development comprises two 30-storey towers with 558 units and a retail podium, and comes with full condominium facilities and more than 10 thematic gardens and landscape areas spanning over 1 hectare. Midtown Modern is built directly above the Bugis MRT interchange station, which is served by both the East-West Line (EWL) and Downtown Line (DTL). 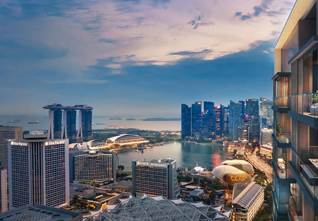 As a resident of Midtown Bay, one will enjoy the vibrancy and a wide range of amenities, services and activities at the integrated development Guoco Midtown, including the Network Hub – a first-of-its-kind business and social club complete with networking lounges and conference facilities. The 219 exclusive units with the unique “business homes” concept will truly give new meaning to the concept of working from home.

Lentor Modern is within close proximity to a number of good schools for future residents to choose from, including the following:

Consistently oversubscribed for Primary School registration, CHIJ St Nicholas Girls' School is one of the top schools in Singapore. Started since 1933, the school today holds a number of accolades, and has a Joint Integrated Programme with Catholic High School, Singapore Chinese Girls’ School and Eunoia Junior College.

Mayflower Primary School was established on 2 January 1979 with 56 classes, 77 teachers and 2,395 pupils. It was then located at 20 Ang Mo Kio Avenue 3 and named after the old Mayflower Estate that once stood there. Today it has a keen focus on STEM, with a customised 4-year enrichment programme that allows students to learn basic programming, computational and design thinking skills and learn through exploration by engaging in direct application of these skills.

Ang Mo Kio Primary School was the first school to be built in Ang Mo Kio New Town which was being developed during the late seventies. From 2013 the school underwent a reconstruction, boasting the latest facilities such as an all new, competition-ready Indoor Sports Hall, a new classrooms block and new library facelift.

Lentor Modern condo provides utmost convenience and accessibility to all residents, situated right next to Lentor MRT Station and having a direct connection to the Station.

This ensures that residents can get access to the MRT rain or shine, and will also prove valuable to future rental demand.

It will take less than 4 minutes to walk to Lentor MRT, where residents can take the Thomson East Coast Line (TEL) that connects to all other train lines in Singapore.

2 stops down along the TEL is BrightHill MRT Station, which is an interchange with the Cross Island Line (CRL). 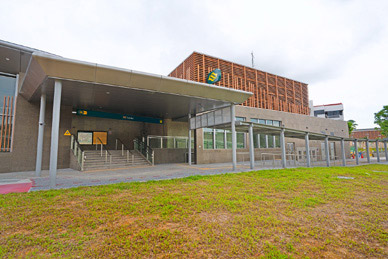 The Thomson East Coast Line is projected to fully complete by 2025/2026, and by then it will provide access from Woodlands Regional Centre, to Lentor, Outram, Marina South, Tanjong Katong and all the way till Sungei Bedok.

Once the TEL line is fully completed, more than 240,000 households will be within a 10-minute walk from a TEL station.

The Thomson East Coast Line intersects with many other MRT lines : with the North South Line at Woodlands, Cross Island Line at BrightHill, Circle Line at Caldecott, Downtown Line at Stevens. 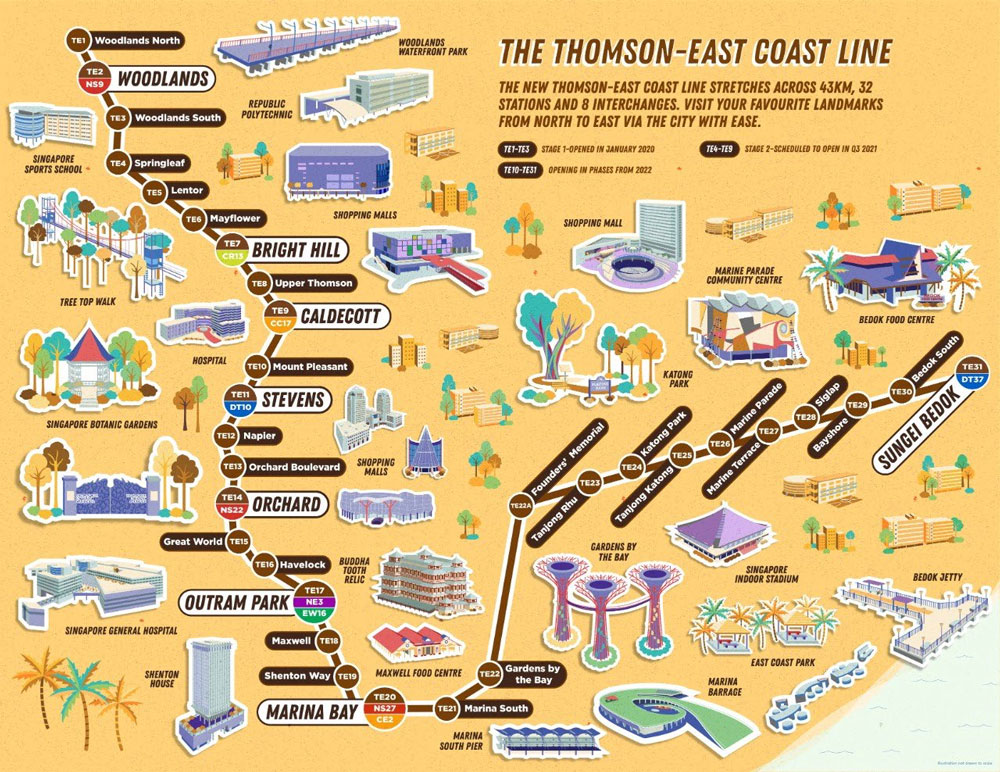 Near Lentor Modern and around the new Lentor Hills Estate there are several popular eateries and areas to find good food.

Springleaf Prata Place is a popular Indian food restaurant known for their wide variety of cuisine which inclues an assortment of roti prata which includes the Impossible Murtaburger.

Located in the row of shophouses accessible by sheltered walkway, savour authentic Hakka-style yong tau foo at 928 Ampang Yong Tau Foo. Don’t be deceived by its unassuming set up.

This humble stall has been serving up mouth-watering yong tau foo in generous servings for more than 10 years. 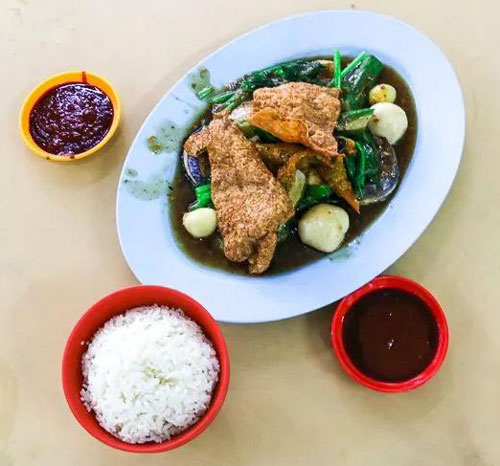 Further down along Upper Thomson Road is Thomson Plaza, built over 22,400 square metres (241,000 sq ft) of land and is relatively low-rise, in keeping with the neighbourhood around the Thomson area. 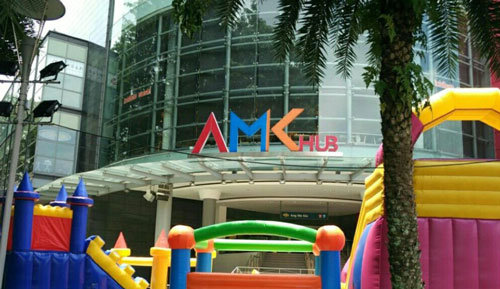 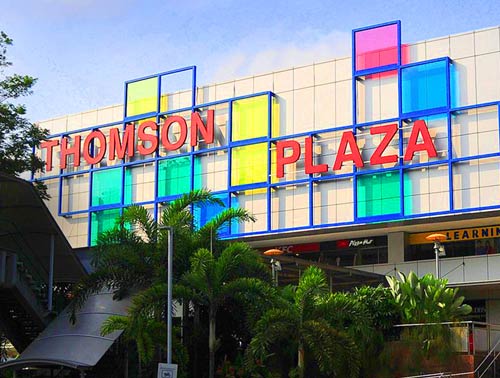 Of particular significance is Hillock Park, a lush expanse of greenery

It will feature new parks, seamless pedestrian and cycling connectivity between Teachers Estate and Lentor MRT station, as well as commercial amenities to serve the community. 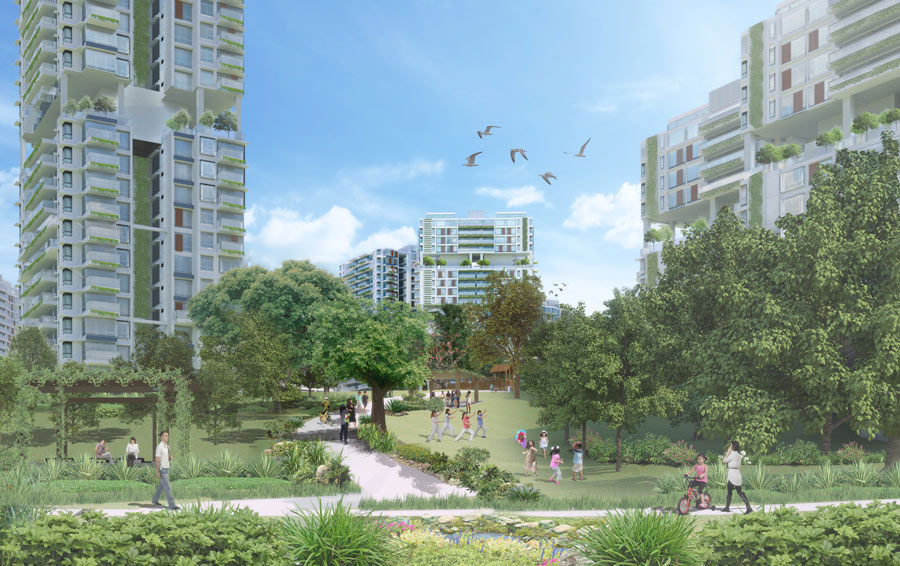 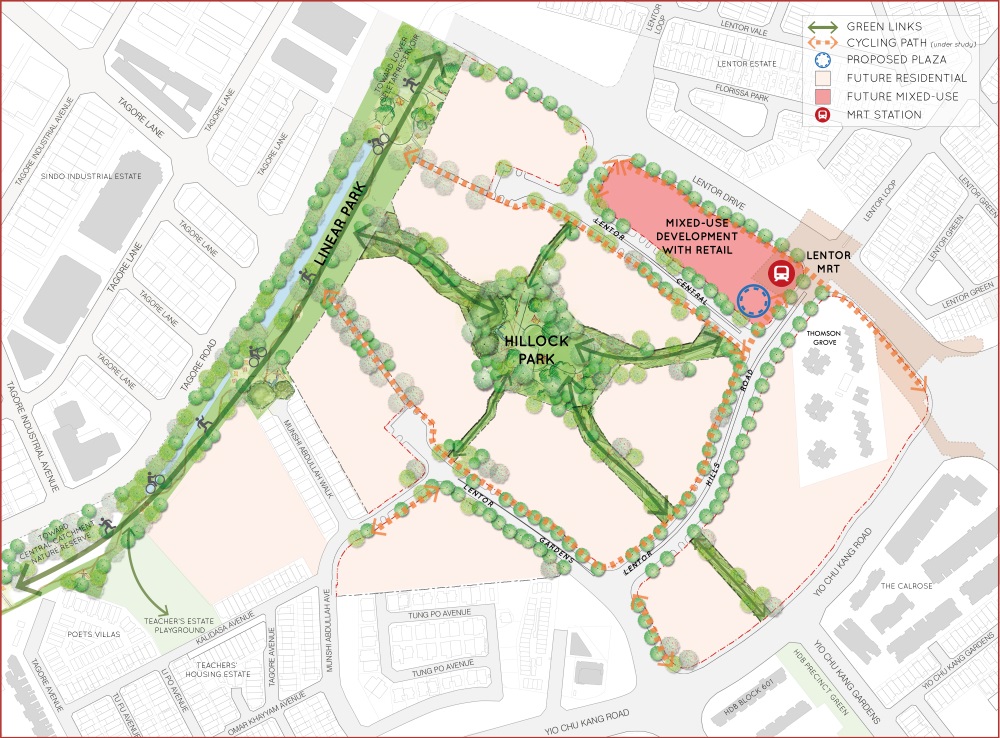 As one of the largest urban parks in central Singapore, Bishan-Ang Mo Kio Park is a great place for families to have a fun day out. Under the PUB’s Active, Beautiful and Clean Waters (ABC) Programme, the old concrete canal has been de-concretised and naturalised into a beautiful 3 km meandering river with lush banks of wildflowers. Aside from its unique waterways, the park features lush greenery, Pond Gardens and River Plains, making it a popular choice with nearby residents for recreational activities. 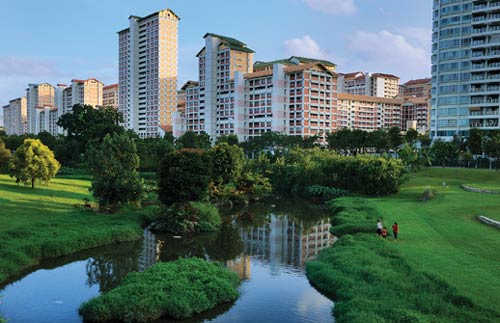 Located to the east of the Central Catchment Nature Reserve (CCNR), between Old Upper Thomson Road and Upper Thomson Road, Thomson Nature Park complements existing nature parks including Springleaf and Windsor Nature Parks to extend the green buffer for the CCNR. This 50-hectare buffer park is unique for its rich cultural heritage as the site of a former Hainan Village. It is also home to a rich array of biodiversity and is notably a key conservation site for the critically endangered Raffles’ Banded Langur (Presbytis femoralis femoralis). 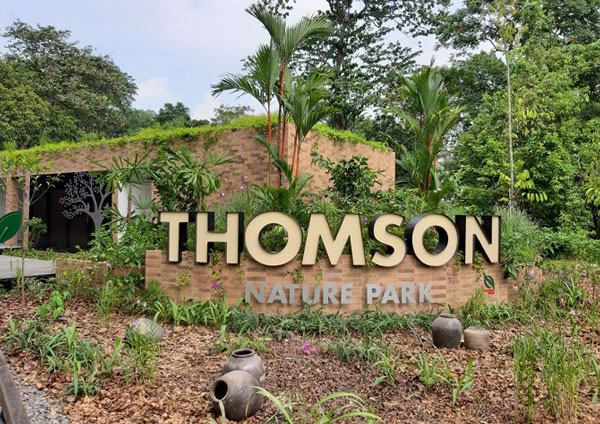